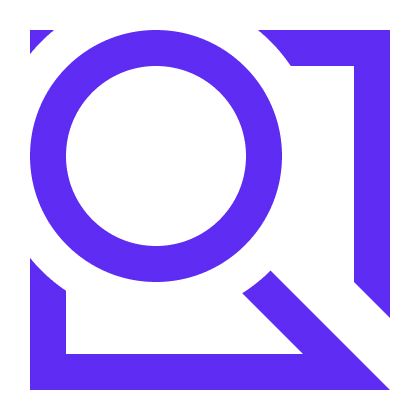 Revain is a blockchain-based business review and feedback platform similar to Yelp or Angie’s List. Businesses incentivize users to leave public feedback that’s posted to Revain’s digital ledger on the Ethereum blockchain. And users are incentivized to review each other – alongside an artificial intelligence-powered neural network – to determine who earns RVN, the ERC-20 cryptocurrency token of the Revain network. RVN is then exchanged for R, Revain’s crowdfunding token sold during the ICO. Revain’s RVN token is not to be confused with Ravencoin (RVN), a completely different project from a different team. Both users and companies can sign up for a free basic or paid premium account to participate in the Revain review ecosystem. Companies can reject false reviews, much like on Yelp, and the dispute process is arbitrated through a combined AI and human governance system. Consumer trust in advertising is at an all-time low, with over half of the population in countries like the U.S., U.K., Australia, and Germany associating advertisements with fake news, according to Rakuten Marketing. They’re not far off, but that’s a discussion for another day. Nielsen’s Global Trust in Advertising reports consistently rank word-of-mouth marketing from friends and families as the most trusted marketing platform. Online reviews come in a close second. Russia-based Revain is hoping to merge the best of both worlds, starting with its core user base of cryptocurrency project and exchange fans. Peer reviews of crypto projects are hard to come by in a unified spot these days. Publications like Crypto Briefing do what we can, but you need to source the wisdom of the crowd before investing in an ICO, STO, or existing crypto project. Once it proves this model, it plans to expand to other markets, eventually competing with the legacy platforms listed above, along with Google, Amazon, Rotten Tomatoes, and other user-review platforms. There are cracks in the project’s armor to look out for too. The double token system, token allocation, and documentation sound more like a spammy email selling appendage enlargement pills than a legitimate business. To understand the team’s chances, we’ll start by reviewing Revain’s RVN and R cryptocurrency tokens. R and RVN Cryptocurrency Token Summary Revain’s RVN tokens are earned by posting reviews that earn upvotes for useful content. You’re awarded 0.1 RVN for posting your first successful review. From that point on, RVN is awarded by the companies being reviewed, not Revain. RVN tokens are stablecoins with the value anchored to the US dollar, but they can not be pulled out of the Revain ecosystem, so it gets a little complicated. RVN tokens were initially described in the whitepaper as having a fixed exchange rate of 1 RVN to 0.0001 BTC. But in a blog post on October 29, 2018 titled “Your Ultimate Token Guide. How to Receive Awards on Revain Platform,” the company states the fixed exchange rate is actually 1 RVN to 1 USD. The only way to withdraw RVN, however, is by first converting it to R tokens (at an exchange rate that seems to be set at will by Revain with no recourse), which is then traded on cryptocurrency exchanges. Revain’s R tokens have a total supply of 484,450,000 R. The peak price of R token so far was $3.40 on February 13, 2018. The Revain ICO token sale was held from August 21 through September 4, 2017, selling 263,500,000 out of 700,000,000 offered for sale. The Revain ICO raised approximately $12,513,346 worth of BTC, ETH, LTC, DASH, XMR, ZEC, and more, surpassing its soft cap of 2000 BTC. Of the collected funds, the team provided the following token distribution: 55 percent for marketing 15 percent for R&D 20 percent to the development team 10 percent for infrastructure and indirect expenses. Revain refers to its R token as a “crowdfunding” token, and that’s cute verbiage. The SEC and other government regulators are, we believe, likely to see them as “securities,” in which case they would ultimately represent one share of stock. This means Revain may be the majority owner of R tokens for now, but it can easily be bought out since it doesn’t control 50 percent of the supply. Approximately $2,000,000 worth of R is traded on a daily basis. Cryptocurrency exchanges that accept R include DragonEX, OKEx, BitForex, and HitBTC. R trading pairs include USDT, ETH, and BTC. As an ERC-20 token, R can be stored in any ERC20-compatible wallet, including MyEtherWallet and the Ledger Nano S hardware wallet.Siehe vollständige Bewertung