ADVANTAGES: Works stably, with all the advantages LIMITATIONS: Not suitable for multi-part cases Advantages: 1) Encryption is also able to "revenge" factory burning when hard drives and SSDs are released (and even changing hem sums after burning optical discs, and burning their FS, for example, UDF which does not ventilate the integrity of the recorded), which do not record data nicely (maybe even religions do not allow them to be mocked like that (leaving them uncovered)). Disadvantages: 1) Unlike TrueCrypt (which is also a "forest"), VeraCrypt's "bad formula" will mount each disk for 15 seconds, for those who buy a 2TB HDD, and divide it into 50 GB by partition, (so that the persecution for the HDD win), he will get a 10-minute load of the entire HDD (2000/50=40*15=600/60=10), in the most optimized case. The program seizes disks with a brake when mountingSiehe vollständige Bewertung 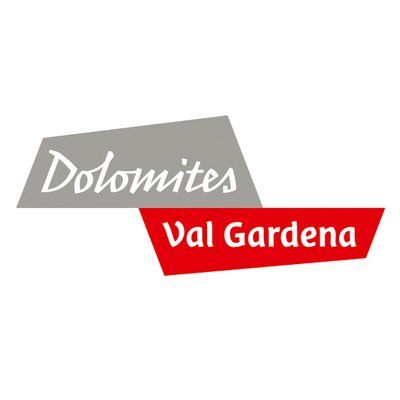 This is a great place. I've been there two times already and I am definitely coming back. It has everything you need in a ski resort: great trails, great location and nice places to take a break. The rooms are comfy, the staff is nice and very helpful. The prices are reasonable. And I also like the design and the atmosphere of the resort - it is just right for my taste. There is just one small issue: the road might be a bit difficult for the people who are unfamiliar with the mountains, like my friends that I took with me for the last visit. But hey, this is a part of the experience :) I've seen a few other resorts and I think that Val Gardena is one of the best. Go for the great views, comfortable accommodation and great trails. The village of Val Gardena ski resort is situated at 1,236m and the peak elevation takes you up to 2,500m providing a 1,264m vertical drop. Siehe vollständige Bewertung

I had a limited supply of funds, but I am very interested in investments and cryptocurrency. Roobee is the way out. First of all, you can start buying with only ten dollars. Secondly, there were no problems with the account registration. Also, there will be no difficulties with replenishment, both cards and crypts are accepted. The company started with $15 million and its collateral has grown significantly after the IPO. Synergy with the leaders of the blockchain allowed them to attract additional funding from traders in the amount of more than $4 million. Siehe vollständige Bewertung

HBTC - a good choice, but not for everyone

I still remember how cryptocurrencies used to be a few years ago. They were still very much a new thing, confusing, and most users did not really understand how they worked. It was exciting, but confusing. HBTC brought these memories back for me. While some platforms try to be as streamlined as possible, HBTC does not hold the new user’s hand at all. You have to dig deep for tips and instructions. This is fine by me but might be upsetting for new traders and investors. The exchange makes up for lackluster guidance with robust opportunities for profits. Various options for trading and staking, discounts, low fees - there are many ways to make money on the platform. If you’ve managed to understand them. Siehe vollständige Bewertung

I decided to try using Chain Pay because they promise a handy mobile app. This project speaks to itself that it is the largest decentralized payment system. They also say to themselves that this is an ecosystem. For me, the ecosystem is more than a token, a payment system and a mobile application. I'm used to the fact that cryptocurrency has support not only for roadmap or white pages. But in this project everything is exactly like that. I found the application with great difficulty, downloaded it and tried to figure it out. But I didn't quite succeed. Perhaps you need to use a different wallet or something else. I think this project should be given more information about itself. Their telegram channel has more than 2000 people. Moreover, 1000 of them looked in here regularly. Is it a lot or a little? I think these people come to the telegram channel like me for information. And they find there advertising posts that are published once a month. Even here on Revain they don't want to list their site. Therefore, for those who want to understand, I am writing it for information. chainpay . asia/ To talk about reliability and speed, I would need to use this service. But I just couldn't do it.Siehe vollständige Bewertung