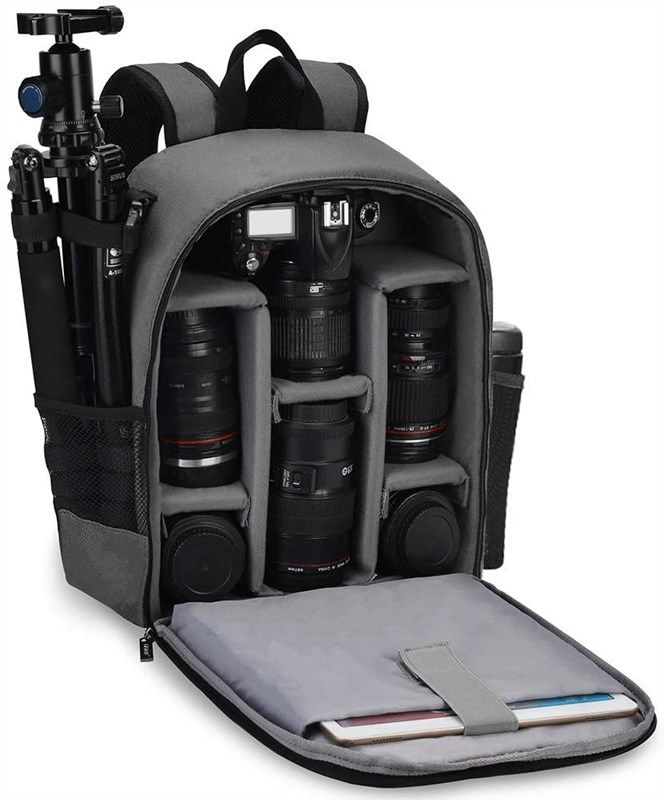 This bag is excellent in every way. If you have a DSLR, several lenses and other little things that you want to keep in one place - buy this backpack. I am completely satisfied with the purchase. There is quick access to the camera, although you can not get it without removing the backpack from the back. There is a lot of space inside, I have my Nikon there, three lenses, charging, flash, covers and there is still room. I also really like it. that the backpack is hard, i.e. retains its shape, and also has various pads made of soft materials everywhere, thanks to which I do not worry about the safety of the contents. I advise everyone who is interested to look at the reviews of this model on youtube. There are many of them and you can see all the advantages in great detail. Ver reseña completa

I have been using the binance exchange since 2017. I remember that period of time when the exchange was just starting to develop and there was very limited functionality. At that time, it was possible to withdraw tokens without verification. It was a great time. I want to note that in just 1 year, Binance has become one of the largest crypto exchanges in the world. And then its weight in this market only increased. Margin trading appeared, various tools were added that facilitated trading. I also want to note that the exchange has redesigned the site several times - these have had a positive impact on user interaction with the exchange. Recently, an update to their app came out on iOS, which for me personally became very inconvenient and little informative. TradingView charts are gone and you can no longer add a list of favorite tokens without log in. It is not convenient and not very informative. If the developers read my review, please pay attention and return everything as it was before. I want to add, that due to various updates in the security policy, my verified account was transferred to the status of re-verification. Why do this, I do not understand, I again had to go through all over again and wait for confirmation.Ver reseña completa 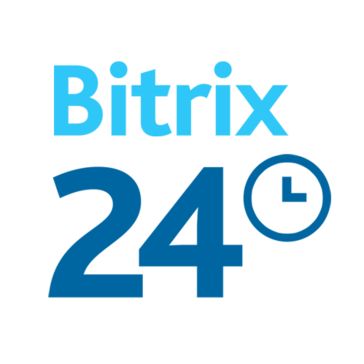 Bitrix24 is a set of tools for effective team building.

I want to share my experience of using Bitrix24 https://www.bitrix24.eu to organize work within my team. Our company has been developing since 2017. At a certain point in time, we needed to fix certain points for the transparency of the work of the entire team. After some analysis among the products available on the market, my choice fell on bitrix 24. I carefully studied this product. I liked the set of tools. It was a kanban board, a calendar, a gantt chart. As well as many tools that we could use in the future: Online store, CRM system, cloud telephony… Usage rates were quite cheap, in line with various competitors. Everything looked great at first glance. But after some time of using bitrix24, we noticed several disadvantages that were significant for us and we could not live with it any longer. The interface seemed to us very undeveloped or even somehow old-fashioned. The usability of the interface was not intuitive. The more information our workspace was filled with, the significantly slower bitrix loaded. This led to the fact that we were forced to abandon it in favor of more modern products. Here is my experience of using Bitrix24!Ver reseña completa 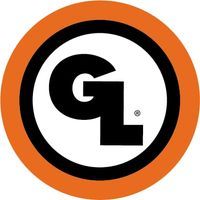 Giantloop is suitable for both the professional rider and the amateur.

I am trying to briefly tell you the background of the creation of this delightful internet shop. In 2008, Giant Loop grew from 2 hobbyist motorcyclists selling 1 handbag that was only available online to 1 of the most innovative manufacturers of supple bags and bike gear. The product line has been importantly expanded and includes these skins as packaging systems and ammunition for bikes, snowmobiles, and even extreme criteria for intense entertainment. Every system is developed and tested under the most difficult off-road conditions. Giant Loop has also received flattering reviews in literally all the big American bike publications and also in the Australian, European, African and Asian media. As the founders say, they made the Giant Loop with the hope of discovering fresh abilities for riders. I myself am considered a racer and I quite like their products in use. Ver reseña completa

I still have very bad memories of the Bitker exchange. I often experiment with various projects, exchanges. I like to test them. In March 2018, I went to the Coinmarketcap website in the “confirmed volume” section of the exchange and in 10th place I saw a new exchange for me - Bitker. I looked that there are a lot of pairs and it seems that the exchange is not entirely new. I decided to try to use it. I went to the site, registered. I immediately did not really like the exchange interface. Everything is located as it is not convenient. More and more immersed in the study, I decided to try to trade in an ETH / BTC pair. I transferred 0.4 ETH to my wallet address on the exchange. By the way, my ETH came quickly enough. Already when immersed in the auction, I found that the "glass" in this pair is empty. The volumes were nothing more than a manipulation because a 24-hour beat of trading indicated 20,000 ETH, and in the buy and sell orders in total were 7 ETH. The same situation was with other top cryptocurrencies. I had a lot of distrust in the exchange. I decided to withdraw my ETH, but the output was refused. Reason, suspicious actions. I tried to clarify the situation through the support of the exchange. But did not receive a quick reply. After about 3 days, I received a response from the support that I can withdraw my funds. I then withdrew a large part, and for the remaining amount I bought Doge)) But I did not begin to withdraw this token. Yes, I really love Doge. After a while, I completely forgot about this exchange. In September 2019, I found out that the Bitker exchange is closing! I remembered my Doge but the Bitker exchange website no longer worked. Then I went into their telegram chat and turned to the administrator with a request to withdraw from my personal account. I received a response that I need to transfer 0.5 BTC to their address, after which they will open access to my personal account. Naturally, I did not do this and began to be indignant at what I received the answer or should I make a transfer or my funds would be lost. Further, I had a scandal with the administrator, he argued that the Bitker team was already working on another project and they had no time to solve my problems, after all this I was sent to the ban. People beware of such projects. I think this team will now launch a new exchange on the market and just as well get chipped. This can go on for a very long time until these scammers know everything in person. Be careful when you transfer your money to any exchange. Your personal account does not insure you against the loss of your money.😎Ver reseña completa

I have been using this exchange for 4 months! All is fine so far! The…

I have been using this exchange for 4 months! All is fine so far! The interface is self-explanatory and user-friendly. A lot of new tokens were added lately. There was a significant increase in turnover and new users! Well done. Great to see that the exchange is making progress! As to the withdrawal of funds, it is not bad either. I did this a few times and waiting time was from 5 minutes to 1 hour! The registration form is simple enough. If you do not use 2 FA, the withdrawal will be delayed as the whole thing is processed manually! Overall, it is a good exchange for trading in small or medium volumes! Pros User-friendly interface! The configuration of personal cabinet is done in a simple to- follow-way when you do not have to search for several minutes for what you need. All is in front of your eyes! The registration form is simple and doesn’t require too much of your personal information. Quick withdrawal with fair commission! Ver reseña completa