The Party Place
TPP carry everything for any occasions
diciembre 15, 2021

If you're looking for a great place to host a party, The Party Place is definitely the store for you. They have everything you need to make your party a success, from decorations to food to games. I recently had the opportunity to check out this store, and I was really impressed. The Party Place has a wide selection of decorations, from balloons and banners to streamers and tablecloths. They also have a variety of party games, including classics like Twister and Operation and more modern games like Apples to Apples and Cranium. And if you're looking for something sweet to snack on, they have lots of options, from cupcakes to candy bars. I had a great time checking out The Party Place, and I'm sure your guests will, too. If you're looking for a fun and festive party venue, be sure to check out this store. You won't be disappointed. The Party Place is a great store for those looking to host parties. They have everything you need, from decorations and games to food and sweets. If you're hosting your next party at The Party Place, you won't be disappointed! Thanks for reading this review on how to make the most of their selection.Ver reseña completa

Slickdeals
Stay in the know about current deals
noviembre 17, 2021

The Slickdeals community is where you'll find the latest coupon codes, promos and deals – all in one place.  Their motto: "The best place for deal seekers." You can also vote and comment on the best coupons and deals and share your own shopping experiences with other shoppers. Slickdeals has a wide variety of products available to buy from their website such as laptops, TV's, electronics, fashion, movies/entertainment products and more. However I haven't come across any offline products though so it might be worth checking out their sister sites such as dealnews if you are searching for traditional supermarkets or mall stores or retailers etc. How long have they been around for? Slicksdeals has been around since 2001. What originally began as a discussion forum for deal seekers has grown into the go-to site for the best coupons, discounts and deals. What is their revenue? Slickdeals is privately held corporation that does not share financial information with the public. Who are their main competitors? The most direct competitors would be Retailmenot, Couponcabin and others like Fyvor etc. However they all cater to different sections of the market so there isn't really any overlap between them though. The closest match would be Retailmenot because Slickdeals shares many similarities in terms of how it saves money guide articles, contest prizes etc but otherwise I don't think there's much similarity between them because Slickdeals doesn't share financial information with the public. What is their revenue model? Slickdeals is owned by Dealigg which operates as a for-profit company. Also, Slickdeals has an advertising program where merchants can purchase banner ads on the site and in newsletters. Slicksdeals also generates revenue through affiliate commissions (when users make purchases after clicking links in Deals, Freebies and Shopping sections) and referral fees (from deals provided by other sites). They also sell premium subscription called Slickdeals Pro which provides access to deal alerts via email/text message before they become available to non-paying users. How much does it cost to join? You can sign up for fee of $5 per month or $50 per year billed annually though I'm not sure if that's compulsory or it's just a recommendation. What are their benefits? There are many benefits to joining Slickdeals but in my opinion the best benefit would be the deal alerts which require a premium subscription though I could understand why you'd want to avoid paying for this feature because they send out over 100 emails per day so it can get very annoying and spammy though if you don't mind all the emails then having access gives you an advantage over other members who don't pay for membership. The second main benefit is obviously their savings guides. They have hundreds of these articles where they share how to save money on different products. For example, if you were buying an iPhone 6 right now, chances are there Slicksdeals is a website where you'll find the latest and greatest coupons, promos and deals. They've been around since 2001 and have grown into one of the go-to sites for online deal seekers. You can sign up to Slickdeals at $5 per month or $50 per year billed annually though I'm not sure if that's compulsory or it's just a recommendation. If you're looking for some benefits from joining Slickdeals, they offer many such as access to over 100 daily emails with exclusive promotions, savings guides on different products which include discounts etc.Ver reseña completa 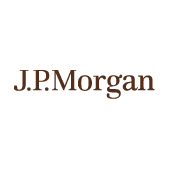 I have both a checking account and several savings accounts with JP Morgan due to their high interest rates and how easy it is to open accounts with them. The account opening process takes minutes and there are no minimum balance requirements. Every single time I've called customer service, I've had such a great experience. Their customer service representatives are knowledgeable available 24/7. The most recent account I opened was an additional savings account. I called because I had questions about the transfer limits and the representative didn't just answer my question, but explained why there were transfer/withdrawal limits on savings accounts. She took the time to explain how the federal regulation that governs these accounts limits my withdrawals and talked to me about my activity and whether or not that would be a good account for me. She was not only immensely helpful, she went out of her way to explain the situation to me - which is something I've never had a bank representative do for me.Ver reseña completa 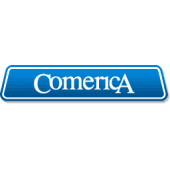 Let me tell you in my own words what happened to me. I am so sorry that I have this and my bank, I cannot wait to finish my college final exams. Go to bank change. I was told that there will be no tuition fees while I am in college. After a few months I checked my account and they charged me $ 10 a month. I told them, they said that "this will not happen again." I said okay about the above charges, give me back my money. They said, "Unfortunately, although we do not know how the mistake was made, there is nothing we can do about it, I will send your message to the management." After a few weeks, I am not getting my money back. I even told them that I am leaving a bad review, I still have not received my money, which was illegally lost. I called the bank and wrote to them online. I only get BS responses that say "this won't happen again."Ver reseña completa

Its common knowledge that Evan premined darkcoin. I never really piled onto dash because of this fact. CRW offers a much more equal (and in some areas better than) platform for now that I believe will continue to consume larger portions of the market. I don't think CRW will end up worthless any less than btc would end up worthless (pesetacoin is still around barely but worth "something" and honestly, I cannot figure out why that coin still has a market) ... I don't think crowncoin however, will fall like pesetacoin did, since the development is continuing and the announcements keep flowing. This is a very active community and I am really happy to have "implemented" myself into it.Ver reseña completa