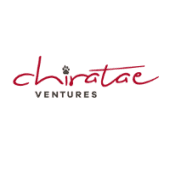 With its main offices located in Karnataka, India, Chiratae Ventures is a recognized venture capital investment company, with a strong presence in one of the countries with the greatest global projection. Its entrepreneurial executives move comfortably in the most uncertain and exploratory terrain of the startup ecosystem. The funds advised by Chiratae Ventures India Advisors collectively have more than $ 850 million under management and topping 100 companies in Consumer Media & Tech, Cloud / Software, Health-tech and Fin-tech. Leader in India Chiratae Ventures India Advisors, formerly IDG Ventures India Advisors, chose its name, very carefully, as Chiratae is called the leopard in the local language. Thus, his team members are wildlife enthusiasts and nature lovers. On their website they state that, among the characteristics and qualities of the company, the following stand out: Leadership, Agility, Risk Taker, Innovative, Strength, Stability and Improvement of the Ecosystem of the companies. Its target sectors include: Consumer Media and Technology, Software, SaaS, Healthcare Technology, Fin Tech, and Deep Tech. One of the salient points of this company is that they monitor the progress of their investments and associates, and it is being published on their website, with details of the latest updates, blog posts, as well as upcoming events. At the time of writing this article, there were 2 news items that caught my attention: 1) Chiratae Ventures announces Chiratae Sonic - an industry first initiative to enable faster access to capital for founders. On July 14, 2021, the following is reported: - Approval of an unprecedented 48-hour seed fund for investments less than or equal to $ 500,000 - The first phase of applications under Chiratae Sonic is open for 30 days starting July 7, 2021. - Make fundraising smoother and more accessible to founders via template application form and dedicated initiative website - AWS will offer credits of up to USD $ 100,000 per eligible startup through the AWS Activate program - Chiratae Sonic is the eighth seed investment program implemented by Chiratae 2) Patrick J McGovern Lifetime Achievement Award given to Ratan Tata Iconic Indian industrialist and Tata Sons Chairman Emeritus Ratan Tata received the Patrick J McGovern Lifetime Achievement Awards from Chiratae Ventures, formerly IDG Ventures India. Chairman Emeritus of the Tata Sons and a scion of the Tata family, Ratan Tata was congratulated with the 2019 Patrick J McGovern Lifetime Achievement Award. The award, instituted by IDG Ventures India in 2016, commemorates the legacy of Patrick Joseph McGovern Jr., founder of International Data Corporation and a visionary who redefined the way the company consumed technology. Ver reseña completa

Valyrian steel is a company born after the success of the Game of Thrones series, and under the authorization of the HBO network, which owns the series, and George RR Martin, writer of the book series A Song of Ice and Fire, in which the television product is based. The company is dedicated to the realization of steel replicas of the weapons that were used throughout the series, and also others that are exclusively detailed in the literary works. In this way, fans will be able to access to be part of the intrigue stories that we live in the fight for the throne of the seven kingdoms. Thus, the Valyrian Steel collection is a series of weapons created from the fantasy world of author George RR Martin's best-selling book series "A Song of Ice and Fire." Each of the limited edition products in this collection are made from only the highest quality materials available with careful attention to finish and detail. For their realizations they have been based on the meticulous notes and descriptions that the author detailed for each piece, and reflects the rich characters and the history of his magnificent saga. In order to carry out this factory, they obtained at the end of 2006 the exclusive license to produce weapons and armor based on the literary work "Song of ice and fire", and later they obtained the exclusive license to manufacture weapons and armor from the successful series of Game of Thrones television. On its website we can find more than 10 models of swords, where it stands out, the Sword of Jon Snow, who, being the non-legitimate son of Ned Stark, grew up in Winterfell almost on an equal footing with his brothers. With this weapon in our hands we can experience when he joined the Night's Watch, where he serves as Lord Commander Mormont's butler, staying in the north to honor his vows to the Watch. This sword accompanied him, as he traveled beyond the Wall with the Lord Commander. Among many other weapons and iconic elements of the series, we can also acquire here the Shield of the Lannisters, the richest family in Westeros. This shield accompanied the Lannisters, who ruled as Casterly Rock kings until the Targaryen dragons conquered the continent. Valyrian steel will allow us to be part of the rich history of Game of Thrones, live it like never before, with options of different types such as detailed swords and shields, and you can also buy crowns, if that is what we want to obtain. The values ​​may seem a bit high, but they are not so high if we think that for less than US $ 200 we can acquire Needle, the mythical sword of Arya Stark, the youngest of the Stark daughters, who would put her skills into practice survival as she evaded the Lannister forces seeking her. It doesn't seem like that much money if one tries to stay alive in one of the most successful series of all time. Additionally, the company has other products of this type, also with licenses, which can be obtained on its other website, Jalic Blades. Ver reseña completa 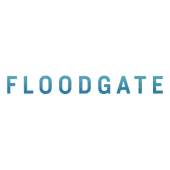 Floddgate is a company specialized in venture investments, which became famous for having helped the development of new ventures, accompanying them in their growth until they became unicorns. The company works by providing comprehensive support in the development of the starups, and not only by placing money as an investment. As reported on their website, they will have honest conversations with the founding partners of the projects throughout the necessary path to become large companies, especially when they are not easy. Helping to eliminate weaknesses and looking for a way to contain the threats that it will have to face. Their reasoning is based on believing that the world needs more innovative builders, so they will support those who truly believe that one of their life goals, their life's work. On their website they promise to surround entrepreneurs with everything they need and bring them closer to the contacts of whoever is necessary to face those problems that seem impossible to solve. In the most difficult days, they promise to accompany you and remind you "Everything you have and why you do what you do." Ver reseña completa

The company was founded a decade ago, in 2011, with the idea of ​​bringing new and original technology ideas that were brewing in Egypt to the market. The company seeks that these potentially successful commercial ideas, if they are supported to have correct commercial facilities for administration, financing, marketing, etc., may bear better results, since they have an innovative team behind them. Thus, Innoventures, adopts these project ideas, deepens them and accompanies them in their gestation and administration until they are profitable, high-impact and growing companies. In this way, Innoventures defines its role as management of technology companies. Although it is a venture capital company, its continuous and permanent innovations in its own business model, to make it more compatible with the Egyptian market and also with that of the Middle East, makes use of the money of venture capital is more efficient, and allows you to more effectively identify the most innovative and valuable ventures.Ver reseña completa

Andera Partners
An option that allows you to diversify your investments
junio 18, 2021

Andera Partners is a specialized asset management firm that draws on its expertise in various areas to offer a diverse range of investment strategies. As they describe on their website, their objective is to provide tailor-made solutions to face the challenges faced by leaders and their development models. Because companies must face multiple challenges to innovate, grow and adapt to a rapidly changing environment, Andera Partners, for more than 20 years, has had the mission of helping companies carry out management seeking solid and sustainable growth over time. Thus, they express their conviction and belief that to grow and develop it is essential to have the right partners and enjoy working together. Presents a selection of 5 fund options, from which investors can choose when deciding to work with Andera PartnersVer reseña completa

New Stack Ventures
Venture capital has changed and New Stack tee will guide you on this new path
junio 16, 2021

New Stack is founded under the thought and vision of betting on the 'Tech Stack' as the 'Funding Stack', since the company understands that they will continue to evolve. If we take into account that the process of creation and development of new technology companies has changed in recent years, the investment in these assets must be coupled with this modification, and the investment of funds in these companies must also evolve according to the new demands required. . That is why New Stack invests in rounds of angel, pre-seed and seed stages, with investments that normally do not exceed US $ 2 million. With an investment philosophy different from what is commonly financed in Silicon Valley, the startups benefited by this company focus mainly on Markets, platforms, HardTech and IoT.Ver reseña completa

With 550 million Euros in Managed Assets, a staff of more than 80 investment experts and more than 350 advisory projects, Axon Partners Group offers first-class specialized strategy consulting services with an emphasis on its analytical skills system. Axon is a global asset management and advisory firm, specializing in alternative asset investing with a presence and experience around the world. Axon has been growing gradually, along with its portfolio and currently has offices in Madrid, Istanbul, Mexico City, Bogotá, Riyadh and Seville.Ver reseña completa

Mubadala Investment Company is an investment company headquartered in the United Arab Emirates, with offices on six continents, including London, Rio de Janeiro, Moscow, New York, San Francisco and Beijing. Its investments are present in more than 50 countries, thus seeking to improve its attention and diversify its investment fund, in order to generate sustainable financial returns for its main shareholder, the Government of Abu Dhabi. In line with the vision of Sheikh Zayed bin Sultan Al Nahyan, Mubadala is a company that has invested US $ 243 billion with interests in multiple and diverse sectors and asset classes. Mubadala invests and partners globally to create better opportunities for future generations.Ver reseña completa

Summation Technology
An ideal provider for businesses that need to do a lot of printing
junio 14, 2021

B2B company specialized in high volume commercial label and fiscal printers. They offer products from the main printing companies, providing reliability and ensuring the long-term supply of supplies. Summation Technology is an experienced company, which also offers disc publisher service, flash drive sales, and after-sales service, offering personalized and professional assistance to help select the right product for the particular needs of each company. The new products section stands out, where you can purchase the most modern equipment available on the market.Ver reseña completa

Executive Agency that was created by the European Commission to provide financial support, training and other promotional measures for Small and Medium Enterprises. EASME managed on its behalf various programs created by the European Union in the fields of support and innovation for SMEs, environment, climate action, energy and maritime affairs. As of April 1, 2021, EASME ceased operations and a new agency, the European Innovation Council and the Executive Agency for Small and Medium-sized Enterprises (EISMEA) was established to replace it in its functions. The EIC and COSME programmes are delegated to the European Innovation Council and SMEs Executive Agency 'EISMEA'. You can also access directly the EIC websiteVer reseña completa