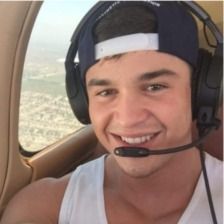 Overall Opinion ADA has huge potential especially because of their academics as well as the purpose that this token wants to provide to the world. The technology and team play a big part but speculation between critics say this comes very close to being deemed disabled, maybe its just news but I back ADA up 80% only because of the cost effectiveness that can run the bill for many businesses. Businesses can receive an exemption for complying with ADA. This exemption only works in crucial situations but this initially means if a business cannot provide the correct undue hardship the business will be forced to comply with ADA at their own expense. That literally means that business pays everything out of their own pocket. Which could be either manageable or extremely expensive. I'm with ADA simply as an investor, but if i were a real business using ADA's technology I would be on the fence simply due to the fact that it comes at your own expense. Ver reseña completa

My Opinion All in all I like it and its a good Cold storage wallet because it doesn't connect to the internet which makes it a great device. It provides the safest manner to perform transactions with cryptocurrency. The 2 step verification process spots hackers from using its modern design and wallet usage becomes pretty simple and fun to use. Product Description Cold wallet that is mobile oriented and convenient to use thanks to its companion app. Its extremely secure due to its use of hardware and software to protect your assets as it follows seamless management of your accounts, exchanges, and provides you with up to date crypto news. This is the ultimate fusion of user convenience and secure cryptocurrency storage that will only get better and better with time!Ver reseña completa

Midnight Blue Privileges 1% Cash Back On ALL Card Spend Piad in MCO Tokens To Your MCO Wallet Other Information No Monthly Fee No Annual Fee No Delivery Fee Zero Fee Monthly ATM Withdrawal (2% thereafter) Material - PVC Contactless Pay Anywhere Visa Is Accepted My Opinion Since Crypto com MCO is somewhat new to the market, I rather like the Monaco card. Not due to their rewards but rather because of how user friendly it is to buy, sell, and trade. I'am from the United States so being able to use a ATM as well as make purchases using crypto cards is something rather exciting, at least to me. And like I said before I truly enjoy this card with minimal complaints besides the rewards side of it. I would have to say this card is also great for people who are without a bank account or simply can not afford to pay the fees for any odd reason then Monaco Card might be for you. All you have to do to be approved is by linking your bank account info and bomb you're approved in minutes. You also get the opportunity to buy and use gift cards that can give up to 10% cashback in MCO coins when you shop at major retailers. Conclusion If you are new to the crypto space, I would not object to trying this out. You never know but it doesn't hurt to try since its technically free 90 free.Ver reseña completa

Ontology
Will ONT Collide With NEO In The End?
noviembre 28, 2019

Let's talk about what ONT focuses on, which will give you somewhat of a better understanding of this exciting token. Overall Objective ONT helps and aims at a decentralized network environment that solves key issues of identity, protection, and data integrity. They also aim to improve data sharing and productive collaboration as they try to maximize their technology by assuring users can trust one another. Infrastructure Ontology's infrastructure provides a high performance blockchain network which different blockchains can be built to help and serve various business in all kinds of situations and scenarios. All ready developed Scalable lightweight universal smart contract Scalable WASM contract support Cross-chain interactive protocol (Processing) Multiple encryption algorithm support Highly optimized transaction speed P2P Link encryption Multiple consensus algorithm support ( VBFT, DBFT, RBFT, SBFT, PoW) Quick block generation time Besides the general value given this operating system has similar values as NEO. My overall safety ranking I would give this would have to be a 7.5/10 I remember a while back when this coin was ranked 68 which its current ranking is 25 now. I would have given this a 4.5 back then but it has conquered challenges rather nicely. Competition Competition is not always a bad thing as it shows a real need for the technology in question but what truly makes them stand out then the rest especially its partners? Conclusion Through ONT definitely has a serious upper hand in the crypto space considering the parent company OnChain which was selected to be apart of the Microsoft Accelerator. This technically means that Microsoft will most likely dedicate funds and resources like marketing tools ect. to expand the project even bigger, which is a plus. It's really hard for any company to get a better deal than that, thus why I said it gives them an upper hand. Ontology's team is quite large, and they have a huge range of academic achievements as well as skills. The true question will be if ONT will be enough for the every day business for today and tomorrows future. Will partnerships clash and collide while breaking through new rankings or will NEO & ONT make a pact to both finish at the top or will one leave behind the other? Charts Bullish or Bearish? Ontology hit record highs of $11.18 on May 6,2018 and in this last year of 2019 heading into 2020. ONT seems to stay under the 2 dollar mark. Will it break 2 dollars heading into 2020? Defiantly had some Bullish moves in the beginning of the year in February 20, 2019 ONT, then ONT started becoming Bearish for 6-7 months. Now I would not day trade this if you wanted to make a quick buck. I would play the patient move and use the investor mentality by simply investing here and there when and if you can lock yourself at a good price and hold if not I would be patient until the Bullish moves begin in this up and coming year. Ver reseña completa

To me honestly the BAT Token has tremendous value as well as stands out in the Crypto world. Maybe because it utilizes and actually tries to solve a problem, a big problem for most users. The question still rises as will the general public be accustomed to change and adapt simply because it has enormous benefits or as a way to have the public pick sides as BRAVE wants to become the ultimate internet platform and beat Google Chrome. Which sounds like to me the team has high aspirations and high goals that they themselves want to achieve. This is what I meant by the cons when it comes to competition, because you have big rivalries and companies that still want to be at the top. I would have to heavily see Basic Attention Token up its marketing strategy since this is all about converting new users. I believe if they can keep the social media marketing plan bullet proof to reach a huge audience they will most likely blow away the competition. So to me, it's not a bad coin to invest in to get a nice ROI but like I said before I'd keep an eye on this!Ver reseña completa