Binance has been a great success since its inception. As of today, an average of one billion dollars in trades are made on its platform every day. This makes the platform one of the largest cryptocurrency exchanges in the world, with great liquidity in the market, giving peace of mind in our funds and investments. It has its own Binance Coin Token (BNB) based on the Ethereum blockchain, which we can use in the exchange or trade between cryptocurrencies giving us the benefit of few transaction fees. One of the features that I value most positively about Binance is the great diversity of cryptocurrencies supported by the platform. Thus, we can operate with several cryptocurrencies, including, among others, Bitcoin, Bitcoin Cash, Bitcoin Gold, Ethereum, , EOS, Dash, LiteCoin, NEO, GAS, Zcash, Dash and Ripple. It also supports a large number of tokens, as part of ICO listings. Due to the wide variety of tools and functions available on the platform, it is used by the vast majority of cryptocurrency traders, which are explained in detail on the platform itself, it also has an application for smartphones and PC operating systems, facilitating cryptocurrency trading. I currently implement perpetual futures contract for bitcoin and various cryptocurrencies ""A perpetual contract is a special type of futures contract, but unlike the traditional form of futures, it does not have an expiration date. "" . So one can hold a position for as long as one wishes. This new form of investment generates a lot of controversy for those who support the futures contract and those who do not want this market for cryptocurrencies. ....Ver reseña completa

sptreadCoin(SPR), created in 2014, is a decentralized cryptocurrency that can be mined through the hash algorithm: SpreadX11, being possible its mining through GPU (AMD-NVIDEA) providing the source code for it. Its main page is out of service which does not allow new users to be informed of the cryptocurrency and concrete plans about Sptreadoin, likewise its social networks can be seen very abandoned by the creators, generating a distrust to the project due to the little interest of its own creators in informing about their progress in the project ..... It has a circulating supply of 11,159,260 SPR coins and the maximum supply is not available and the current CoinMarketCap rating is #2396. It is listed on the exchanger YOBI with 100% SPR volume. It looks like an interesting project in its early days but its creators have not been clear with the cryptocurrency's short and long term plans, with no reporting of achievements to date or the cryptocurrency's goals.Ver reseña completa 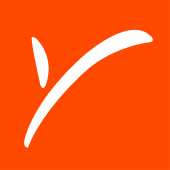 PAYONER, a payment processor that I have been using for many years, for its ease of receiving and making payments from its partner companies. Its platform is very easy to use, you can make direct withdrawals to our bank accounts, depending on the country where we are... A great advantage over other payment processors, is the option to request a physical Mastercard (prepaid), which is easy to use in ATMs and merchants that receive payments in dollars or euros depending on your country of origin... It is also a good option for any self-employed person to receive their payments in a secure and fast way, so it is aimed at small or medium-sized merchants...Ver reseña completa 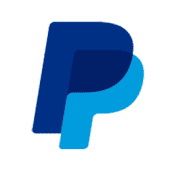 Paypal has become one of the most widely used payment services worldwide as online purchases have been growing, and many of them opt for this payment method. As you can see, Paypal, like other payment methods, has advantages and disadvantages. But it is true that it has become a worldwide reference platform to carry out payments almost everywhere in the world. In addition, its simplicity when opening an account, and its ease of use have made it a worldwide reference.Ver reseña completa

Splinterlands has a quality far superior to many blockchain games because it takes great care of the infrastructure systems of its users, the producers of the game and the budget of the game project are very high, and it has many fans. Splinterlands can finally be downloaded and installed from Google Play Store , The application is very light, in fact it weighs only 2.46 MB. The rating is very good despite the fact that the reviews are few. Advantages and disadvantages *Splinterlands is a game that can be played all over the world and the payment system is valid everywhere. *It is one of the most famous blockchain games to earn money playing. *It is very reliable as a payment method. *It also supports credit card payments. *The game has a very good team of developers, so whenever they find any bugs, they fix it instantly. *You can rent your cards or rent cards from other users to improve your fighting level and have better results in the game. *Combats are usually unequal, low level users face more advanced players impossible to beat.Ver reseña completa

Litecoin
Litecoin's market capitalization growth is not expected to slow down in the…
octubre 03, 2018

Litecoin's market capitalization growth is not expected to slow down in the short term, which will lead to more and more companies adopting altcoin, either together with Bitcoin or as a total replacement. In addition, a lot of work is being done to improve the network in which Litecoin is running, which will improve the speed at which transactions are verified even more and, more importantly, allow Atomic Swaps (atomic exchanges) . With the installation of new Litecoin ATMs and a growing number of companies slowly switching to that currency, their future looks more promising than ever. This cryptocurrency offers quick confirmations of all the transactions that are made, as well as the money that is earned in blocks of 50 litecoins. In addition, it uses much less memory than other virtual currency platforms so it can be used from many more less powerful computers. This characteristic of being economical in terms of the required memory could open the doors to different devices, including smartphones. However, this possibility is not yet available at the moment. More quickly, this cryptocurrency is generated much faster, since it is designed to appear in blocks of 50 coins every 2 and a half minutes. Scrypt Algorithm, Its algorithm is designed so that it can be used in normal computers, which means that the PC does not slow down. This means that people with common or not so powerful computers can use the management platforms. Ver reseña completa

Dogecoin
Part of being one of the fastest growing virtual currencies, Dogecoin is…
octubre 03, 2018

Part of being one of the fastest growing virtual currencies, Dogecoin is different because it has the support of a charitable community. The Dogecoin community is very famous because it has raised money for many causes and has been able to help the people of the world in various ways. Currently, it is a currency that has almost no value, compared to other cryptocurrency circulating on the Internet, but has had a not insignificant growth in recent times, and has a market capitalization of more than USD 200 million, so Therefore, there is a great incentive to acquire this currency because with 1 US dollar you can make with more than 500 DOGECOIN coins. The current world is full of cryptocurrencies, one of them the DOGECOIN, but unlike many this is becoming so popular in the world of the internet, that if you search on google or youtube, you will find a world of information that you will not know where start. Some of the most famous causes are: the Dogecar or Dogecoin car, Doge4Water, which helps a cancer patient and many other things. Other sites and organizations that accept Dogecoins to receive their donations are: Doctors without borders (help for the Ebola crisis), among othersVer reseña completa

Stellar
Many financial institutions have shown interest in the Stellar Lumens, but…
abril 06, 2018

Many financial institutions have shown interest in the Stellar Lumens, but that does not mean they will adopt it. It is possible that the banks are simply using the Lumen as a pilot test to then develop their own cryptocurrency. Ver reseña completa

Ethereum
It is a platform for other products, which makes it very solid, since every…
abril 06, 2018

It is a platform for other products, which makes it very solid, since every day the information is improved. What makes it a network that works facilitating the input and contribution to the developers And there are many companies related to Ethereum, being the cryptocurrency with more business support after Bitcoin.Ver reseña completa