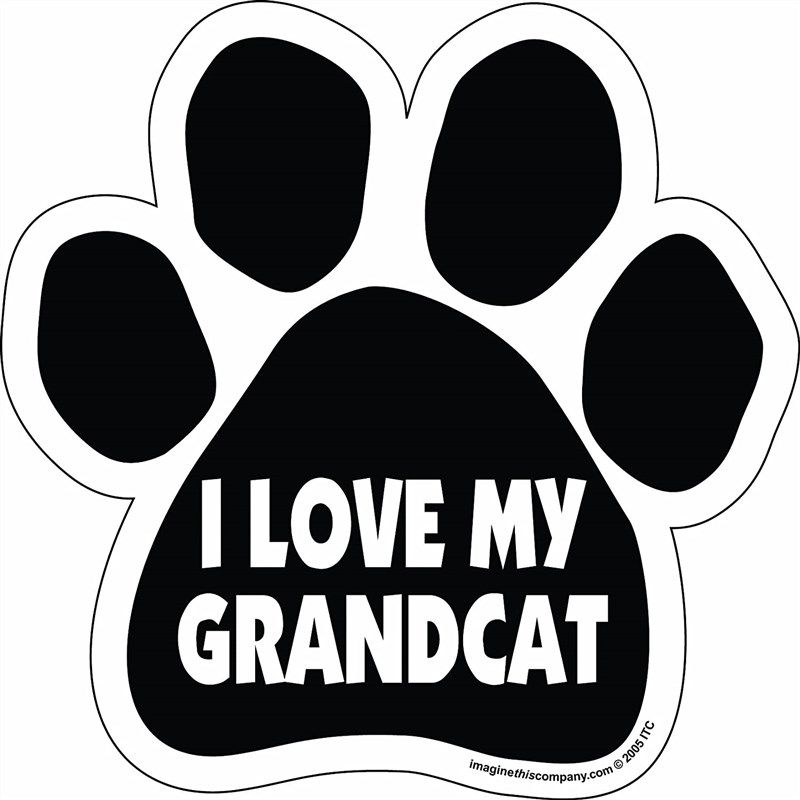 My mother used this on a car and everything was fine. She bought a new car and went to hand it over and it wasn't magnetic anymore.전체 리뷰보기 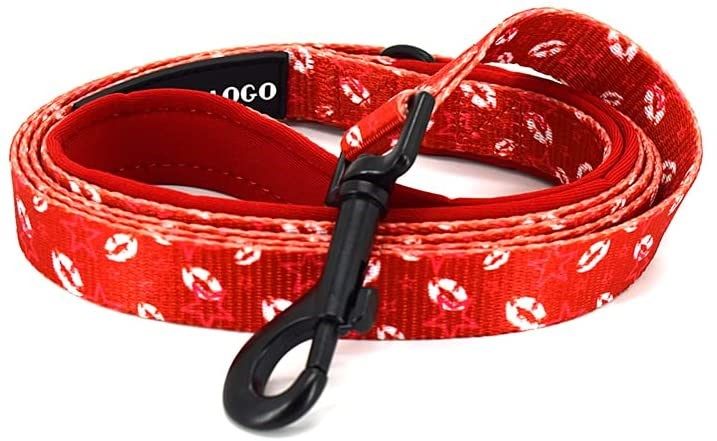 I love this pattern! 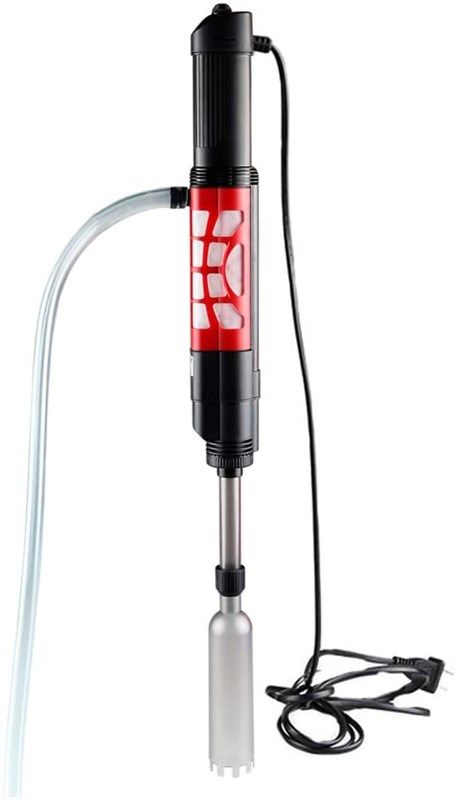 This vacuum cleaner creates a super cloudy hell for your fish.

This thing seemed great, it sucked it all up in no time BUT just as I was about to finish the water started flowing out of the top of the filter straight back into the tank. filters, but it moved everything else back into the tank really well, making my tank look so cloudy I couldn't even see the decorations! It was a disaster! I thought it would filter out by morning but it didn't and I woke up to all my poor fish floating on the surface gasping for air! I had to run and go through every special water treatment I could, hoping I could save her by doing a 100% water change, because not a single drop of water "created" thanks to that damn electric vacuum cleaner was ever used could. Thank goodness for products like Seachem Prime and Stability that I was able to turn the tank on right away and put all my poor fish straight into the tank of fresh new water. It's been 3 days since I had to do all this and luckily my fish are still alive! Needless to say I threw away the electric vacuum cleaner. I only bought this thing because I couldn't get my simple siphon to work properly because the pipe was too big for my tank, but I bought a mini siphon and I just need to get it working! Don't waste your time and money, this thing is very messy and almost made me kill my entire Glofish aquarium (and at least two dwarf frogs) with my little ones!전체 리뷰보기 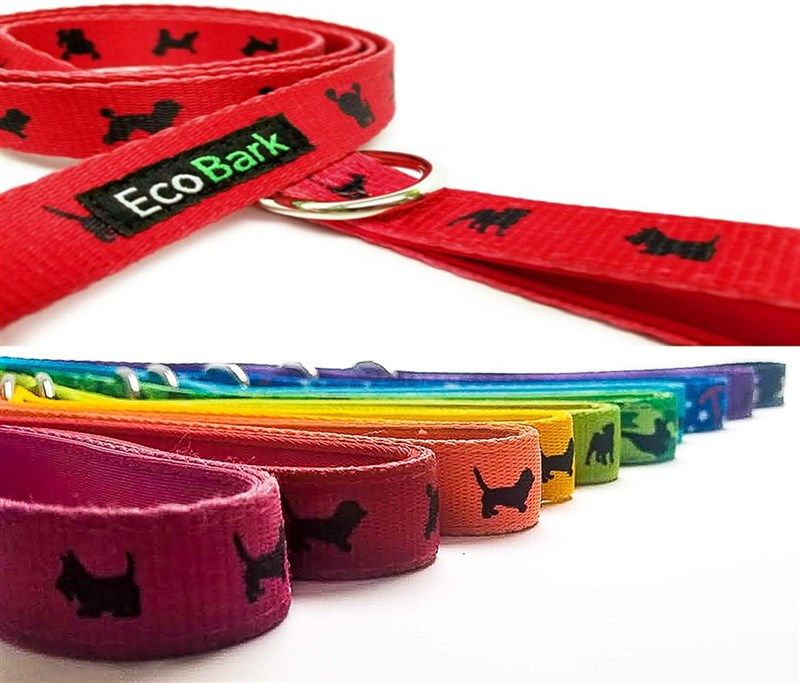 This leash looks great with the little dog print running the length of the leash and handle. The handle is lightly padded and is very comfortable to hold. The material is of very good quality. It's double stitched for durability and should easily withstand a lot of wear and abuse. It has an extra ring next to the handle so you can attach a poop bag holder, keys, pepper spray, etc. I bought the pink expecting a lighter pink but it's like a hot pink. My top rules! Will buy more colors in the future!전체 리뷰보기 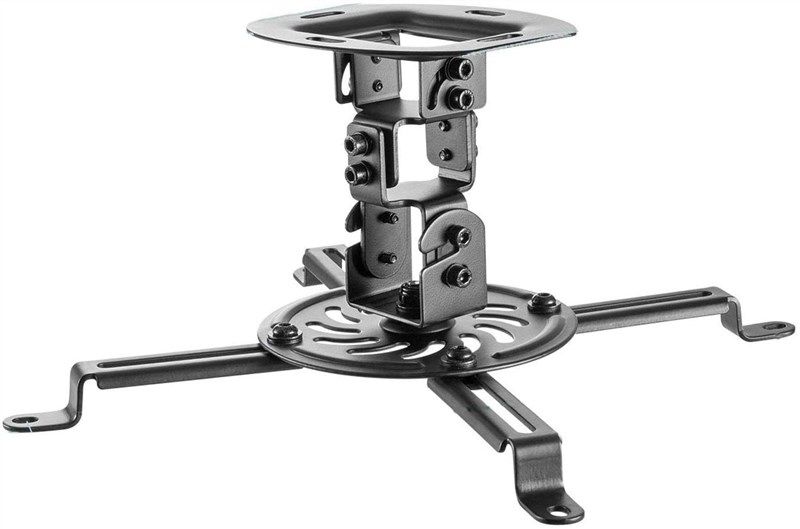 Overall a decent ceiling mount design, except for the pivot bolt that allows you to angle the projector sideways. This single screw mount isn't strong enough to give my 15lb projector the expected strength, and the projector's position can be shifted with a simple touch. Although I managed to complete the installation correctly, I plan to replace it in the near future전체 리뷰보기 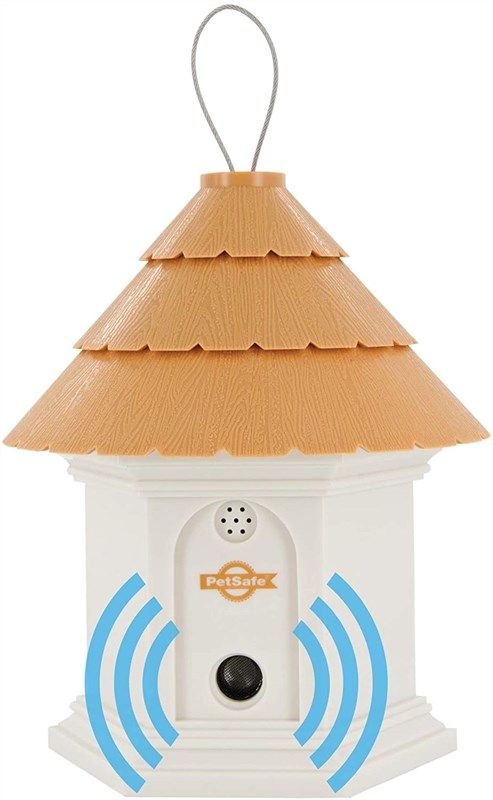 This is AWESOME! Who would have thought that so many of us have similarly ruthless neighbors who don't control their livestock! My dream home almost turned into a nightmare when I moved to a rural redneck neighborhood with SIX small dogs! (I'm talking Jack Russells, Yorkies, pugs, beagles, whatever tangled up and choked back out of the bowels of hell!) I also don't mind buying DURACELL stock because this thing works (and it will run first on batteries). ). Once dogs understand that barking = pain, they stop. Now I can sit on my back deck and enjoy my slice of heaven! The first day I sat outside and did it to the devil dogs, I laughed until I couldn't breathe. They ran to the fence, barking and growling, goodbye. . . I pointed the birdhouse at them, cranked it to the highest setting (yes, I was going to hit the jugular), and they stopped immediately. sobbed and ran back to her porch. Jack Russell even yelled for him to come back inside. SWEET! Yes of course these stray dogs have a linger that checks on me (and the birdhouse), a lousy tangled thing comes up to the fence from time to time and tries to bark a bit but he gets slapped dumb (LOVE IT !) and runs away. Now don't get me wrong they still bark just not at my fence or me and that constant barking is no longer a problem, they go to the furthest part of their yard, do their short bark and it doesn't go back on either Deck to end the day or head back inside where they can bark 'til they drop. I get a little growl from time to time but that's normal angry dog growl, I have a stash of batteries and I'm not afraid to use them. . , my farm is back! I have silence now. . . Pssst :o)전체 리뷰보기 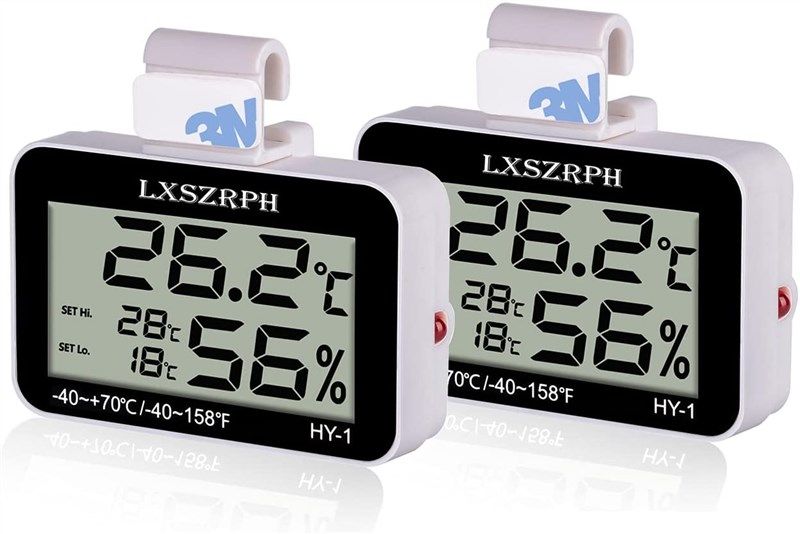 Unfortunately the screen is faulty. Is not displayed correctly. When I press the back very hard it shows what it's supposed to do so I have to take it out of the terrarium to find out the humidity for my snake. I tried taking the battery out and putting it back in, but then my temp reading started doing it. If it worked I would get 5 stars for clarity전체 리뷰보기 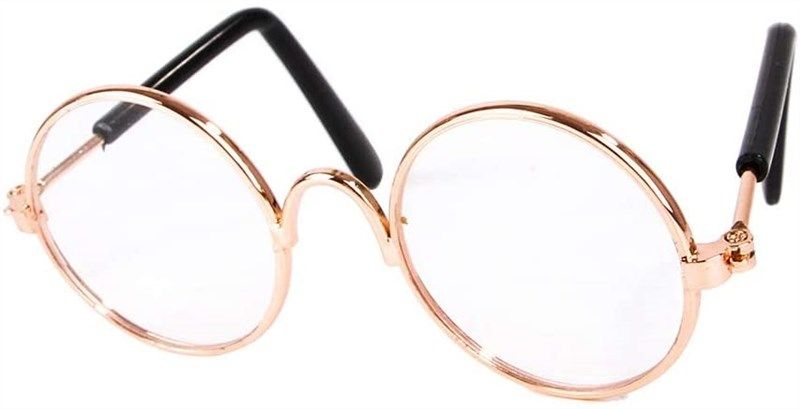 Cute! but got the wrong color

Super cute but I got the wrong ones, I wanted all black frames for a Harry Potter themed photoshoot with my pup but got gold frames. Overall quality is great as long as you get the right color!전체 리뷰보기 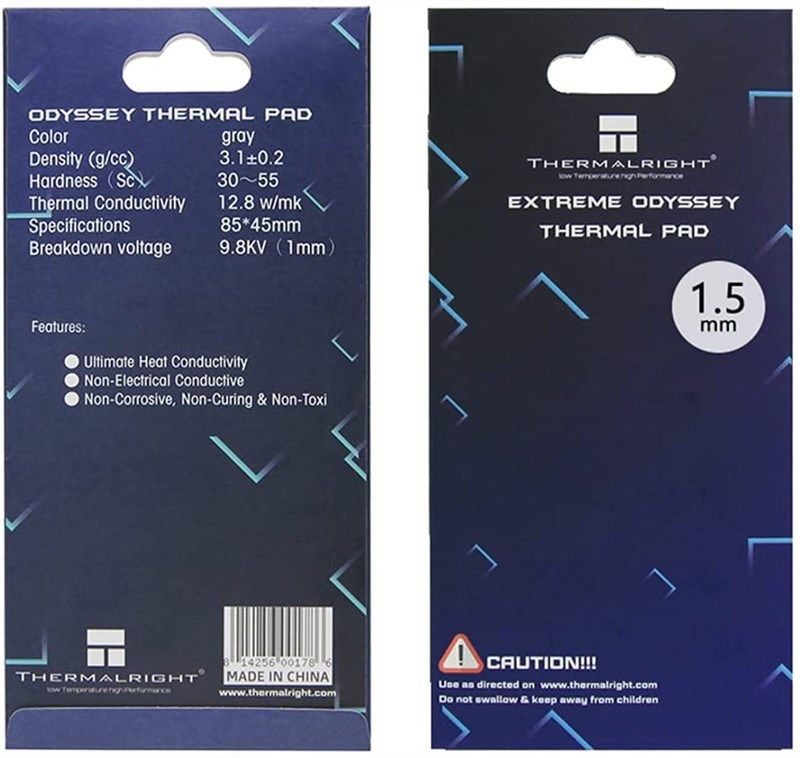 Not all thermal pads are effective. Invest in the ones that really work.

I recently bought an M1 Macbook Air and found that it throttles when running CPU intensive videos and photos. A Google search for this issue resulted in many videos and YouTube articles on using thermal pads to use the Mac's aluminum back as an additional heat sink. I originally bought a set of copper pads and thermal pads because I figured the thermal conductivity of the copper pads would definitely be better than any thermal pad. But after running before and after tests using Cinebench R23 for CPU load, I noticed the results weren't as good as others on YouTube and other articles. So I bought this thermal pad, a bit confused by the price. When the new thermal pads arrived, however, I immediately noticed that they weigh significantly more than cheap pads. I then opened up the Mac and removed the previous mods and then applied the new thermal pads only to the area of the heatsink that is raised to a higher level than the other end of the heatsink which is slightly lower and recessed. For the recessed part of the heatsink I put 4 copper pads directly on the heatsink and then put a new thermal pad on top. We hope this effectively transfers heat away from the heatsink, away from the copper pads, straight to the new thermal pad, and then efficiently to the aluminum back of the Mac. When I ran the first 10-minute Cinebench R23 test, I immediately noticed that the back of the Mac was much hotter than my previous mod, indicating that the new thermal pad was much more efficient at dissipating heat. Most of the heat came from the center of the heatsink, which sits just above the processor. The thermal level was now uncomfortably hot, not just "very warm" for the previous thermal pad. I ran a second 10 minute Cinebench R23 test right after the first one and noticed that the heat was even higher and radiated towards the far, jagged end of the heatsink (the side with the copper pads in direct contact with the heatsink and with the new thermal pad on the pads). I then ran a third 10-minute Cinebench R23 test right after the second to create a 30-minute general R23 CPU stress test. Test 3 showed that the heat levels were almost the same as Test 2, with the heat levels at the notched end of the heatsink being slightly warmer but not as uncomfortable as in the middle of the heatsink. The Cinebench R23 results are listed below.1. 7450 (battery only)2. 7302 (only with battery operation)3. 7273 (Connected to the network at about 7 minutes.) Looking through my results, I noticed that I'm not getting the same results as others on YouTube and in the articles. My results were less, but definitely better than with no mods, or even with my previous mod. Note that the tests were performed with only Cinebench running, no hard case on the back of the Mac (top half only), and only running on battery power (except for the second half of the third run) were performed. I don't think plugging the Mac into a power source made any difference compared to running it on battery alone. It definitely requires the back of the Mac to be fully open, with no case, as I've already tested a Mac with a hard shell (testing as if there weren't a thermal mod at all). Bottom Line: Invest in the best thermal pads when going through thermal modification. Buying cheap pads is a waste of money and time. Also, copper pads don't seem to add any additional benefit and can even decrease heat transfer efficiency. I will now buy another Thermalright pad to make the serrated end of the heatsink with just the thermal pad and no copper pads. Maybe my results can only match other successful mods on YouTube with good thermal pads.전체 리뷰보기 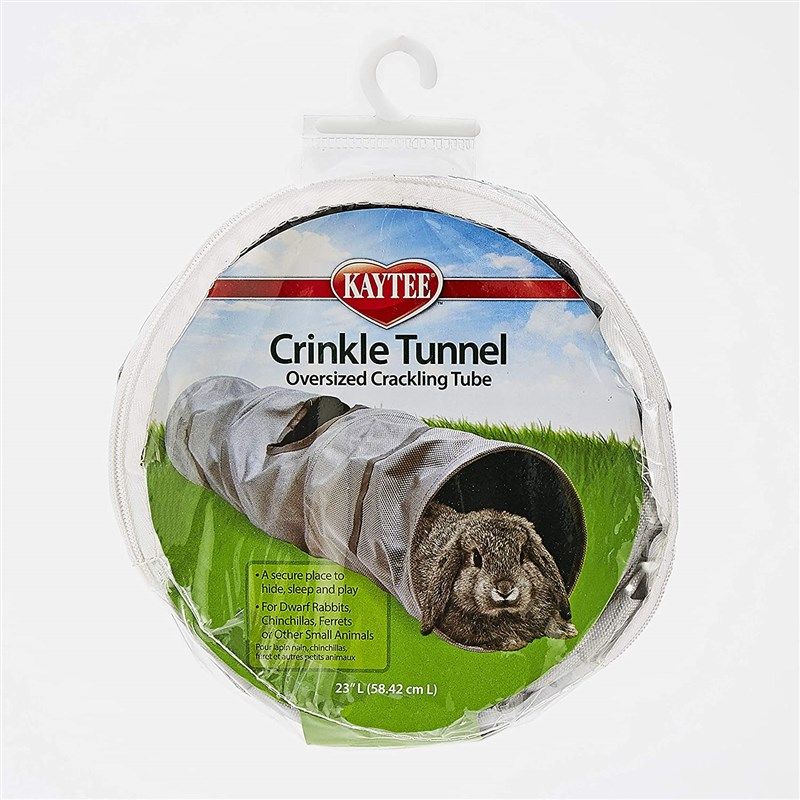 Smaller than expected and took a while for delivery but this product is great and my guinea pigs love it!

The tunnel I received was all red on the outside with a nice silver stripe and black on the inside. (This is pictured below.) The back of the box lists the color options for this product (blue, light grey, red, tan, dark brown and what appears to be a third shade of brown). Since you cannot choose a color when purchasing, you run the risk of receiving a color that you do not like. Blue and red are the only colors I like and I already have a blue tunnel so I'm very happy to get a red tunnel. ask why it hasn't been sent yet). But when it was sent it was delivered in a reasonable time. The tunnel is a lot shorter (in length and height) than I thought it would be, but my pigs fit in it perfectly, and the short length means it will fit in their cage. really good. In any case, I already have a larger tunnel, so I was happy to get a new tunnel of a different size. The brand on the bag said Kaytee, a brand I don't usually like but think it's a quality product. .The tunnel also came in a storage bag, which I didn't expect. It was a pleasant surprise. (The bag is pictured below.) There is a large opening in the center and my pigs love having three entrances/exits. Easy to fold (unlike other tunnels I've used) and easy to store. poop in it (just rinse it out and spray some vinegar on it to get rid of the odor and dissolve the urine). Make sure you cut off the tag (you might want to chew on it. The pigs will chew on the tunnel. So far this hasn't been a big issue for me and they haven't done any major damage.전체 리뷰보기