I heard Scorpios glow so naturally I had to find out. I bought these for my boys for scorpion hunting when we were camping, the boys fell asleep and my husband and I went hunting and these little flashlights did not disappoint. Out of the box they had enough charge to last a good 40 minutes. They are not individually boxed but are well packaged in "bubbles" each with its own USB cable. The zoom is a nice feature, as is the clip. They have a flash and torch function which was unexpected but nice. I will update to report on the battery status. Edit to add an image. Left is a camera flash in the dark and right is a black light, no flash. Edit - The battery feature seemed to last about 60 minutes out of the box before the power failure notification appeared. Led lite turns on when charging. You must have a wall mounted USB charger. Would recommend anyway.전체 리뷰보기 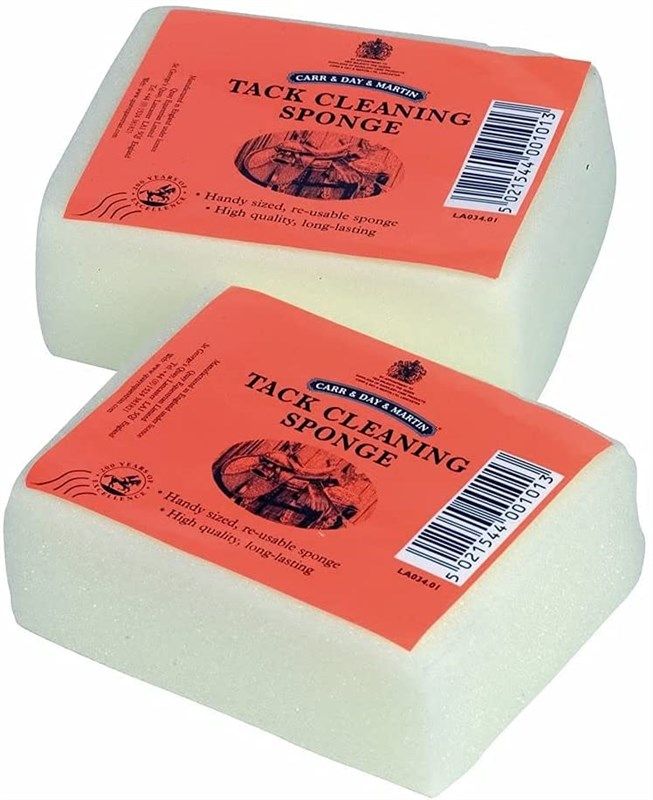 I wasn't very happy when the sponge arrived. I ordered a pack of two sponges and there was only one sponge in the pack. The sponge packaging does not match the picture. The two sponges are shown with different labels. Is this an incorrect ad or does the ad need to be updated?전체 리뷰보기 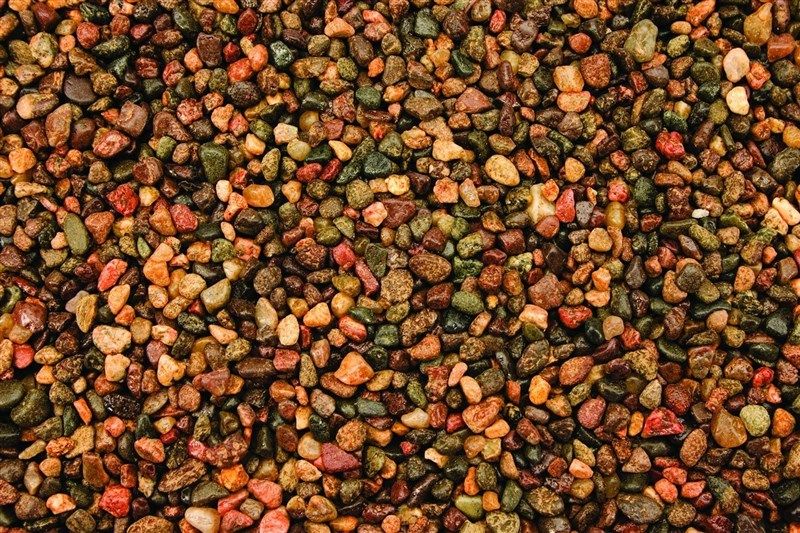 This is a high quality, natural colored aquarium gravel. It was very clean and required minimal rinsing. I use it in an aquaponics tank and it looks good. I'm not a fan of the obviously wrong colors of lots of gravel. I want my aquarium to look more natural.전체 리뷰보기

Works great for the price

Works great for the price. My husband started learning from it, but after a few months he had to buy a more expensive brand. The reason he switched to another brand was because it was uncomfortable in his mouth and gave him severe pain in his mouth when he used it very often and he had to keep it in his mouth while whistling and he needed one , which would be free of hands. so that he could drive a four-wheeled vehicle or ride a horse to herd cattle and still give commands to his dogs. He then bought a Logan Supreme Brass Whistle and found that not only was it more comfortable and he could use it hands-free, but it also had clearer and easier to play tones. Our children had to work very hard to even get any sound out. While Logan could play different notes on the first try.전체 리뷰보기 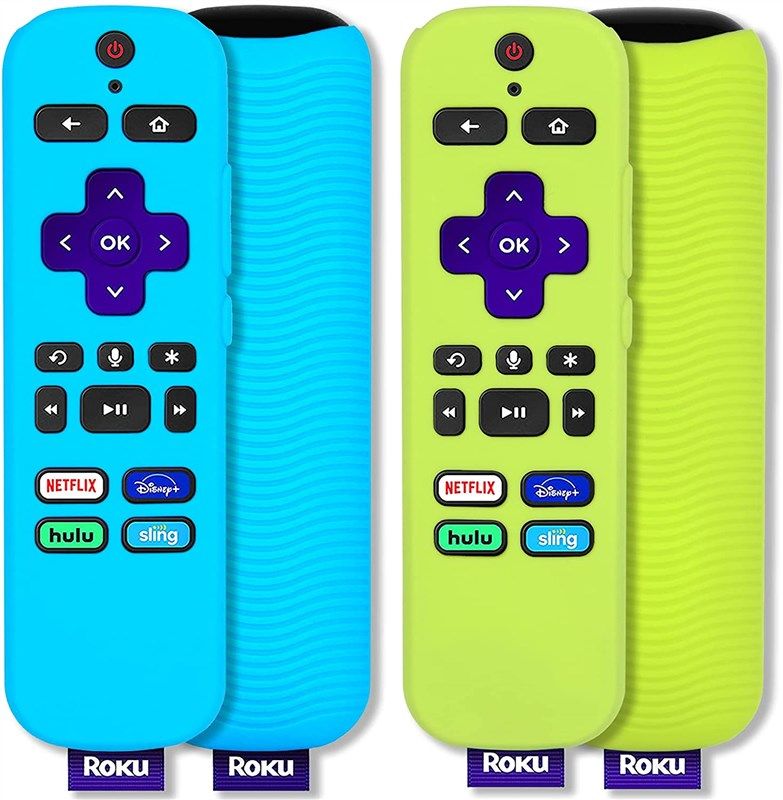 I was thrilled when I found the covers for the Roku remote. It's very easy to lose the remote control in the sofa cushions, but the covers make it easy to keep up with them. I love how easy the case is to put on. The fact that you get 2 colors makes it easy to choose which one to use without having to buy them separately. If you like both colors, you can swap them out if needed.전체 리뷰보기 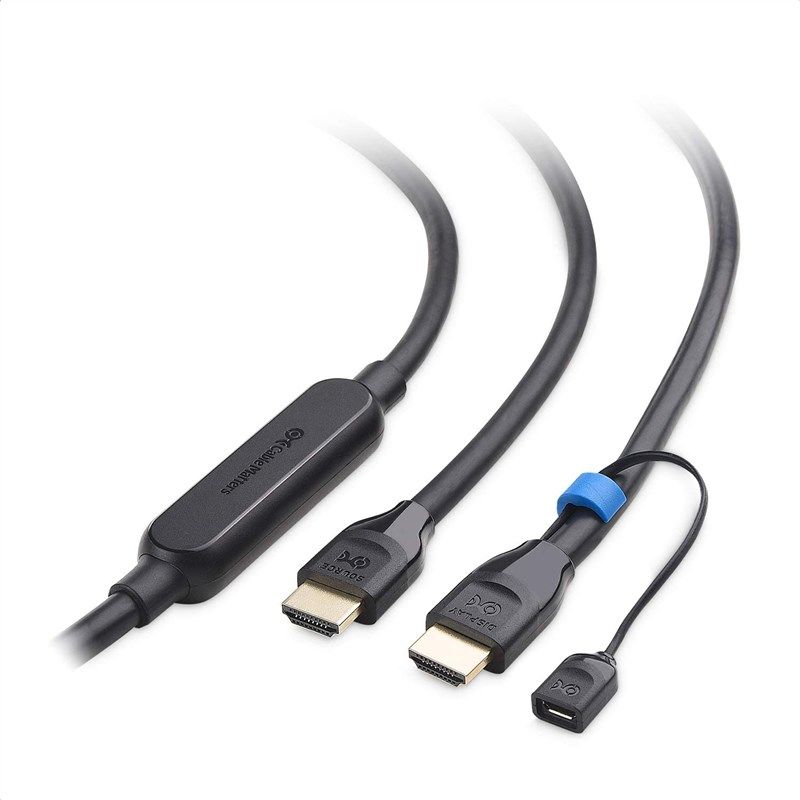 So far, so good. Got this to replace a cheaper 10ft HDMI 2.1 cable I bought that worked fine for a year. I'm actually very happy that longer cables are now available at a reasonable price. When I first got my 3090, the cheapest 25-foot HDMI 2.1 cable was $80. I'm glad I was able to get an active HDMI cable. My previous HDMI 2.0 cable that I had with my 2080 Tis was 25ft with two Redmere signal boosters. I was looking for a similarly configured 25 foot HDMI 2.1 cable and this cable fills the bill. I don't know exactly how many signal boosters this cable has, there's at least 1, but it's a must when you start pushing the boundaries of bandwidth with cables 10+ feet long for HDMI 2.0 and especially HDMI 2.1. I looked at the cable for a long time before deciding on this one. I've thought about getting an HDMI 2.1 optical cable, it should be more reliable, but I've seen people have issues with it too. In addition, they are very expensive. I chose this cable because I didn't want to spend a small fortune on a cable. If that fails, next time I'll go with an optical cable. I wanted a long cable so my computer can be across the room due to fan noise, it's much quieter the farther away. Lately he's been sitting next to me with a 10 foot cable. This cable is thick. I've had other high performance HDMI cables and they've always been thicker with a thicker screen, that's what you want. This is an active cable, so you will need a micro USB for power. I was a little afraid of it. I used to have active cables, they were always USB cables. Usually when I need a longer HDMI or DisplayPort cable it's for my Rift VR headsets and I use a standalone signal booster that runs between the two cables. They are powered in the same way, but the cables themselves do not require power. So, like I said, I'm a little wary of plugging the power cord into such an expensive TV and also such an expensive graphics card. I have an RTX3090 FTW3. But to minimize the risk as much as possible, I use a good quality USB power adapter and a good quality USB to Micro USB cable to power the cable. I actually have several cable issues. in the past and can't recall any problems with either. It's nice to at least have access to a brand I know. When you buy HDMI cables online, there are an endless number of brands that no one has heard of before, making it very difficult to figure out which cable to buy. So I usually look for a quality brand when I can. One of the best things about this cable is its 2-year warranty. You have to register on their website with your order number to unlock the 2 year guarantee but at least they have it. Most of the other cables you will find here are not guaranteed. So I'm running an RTX 3090 with a cable to the HDMI 2.1 port on my LG C9 OLED with G Sync enabled at 120Hz at 3840 x 2160, with HDR enabled and 12-bit color. I enabled the 12-bit option, does that make a big difference? Not that I can really say, but if I can use it, I will. I can see a difference on Netflix with Dolby Vision content that is essentially the same as 12-bit. I have an HDMI 2.0 receiver that doesn't support the nice sweet HDMI 2.1 features, so I'm streaming HDMI audio from the TV to the receiver with the e-ARC feature. This gives me 7.1 sound on my home cinema receiver. Dolby Atmos and DTS-X also work, but it's a bit blurry at times, I don't know exactly why, so I just run the 7.1 option. So basically everything is perfect, or at least as good as my previous cable when it worked, and this one is 25 feet long and doesn't cost too much. How I found out my old cable was starting to go bad was when it started randomly flashing black on my TV screen. I've seen this before when there was a bad connection to the HDMI port, so I know this is an indication of a problem with your HDMI cable. I briefly thought it might be a problem with my graphics card, but when I monitor my graphics card while gaming, it doesn't show anything out of the ordinary. Clock speeds don't change, performance levels don't change, GPU usage is the same, frame rates and frame times are the same. I think if there was a problem with the game or the hardware itself there would be some sort of indicator in one of those things. While not always accurate, graphics card components or the HDMI connector itself can fail. It actually happened to me once. If you're having a black screen flickering issue, it could indicate a problem with your HDMI cable. I found it a bit odd that after a year of flawless operation it broke down and I haven't really done anything to it from the outside, it has hardly been touched but the electrical connections can fail and HDMI 2.1 requires extremely high bandwidth like when I run it, any minor connection problem will be indicated. Hopefully this lasts a long time and if not hopefully under warranty I'll edit this review if anything changes.전체 리뷰보기

Reminds me of Goldfish Treats

These dog treats remind me of the goldfish treats I used to give my kids. They are just the right size and seem to be liked by dogs. I have found that when my dogs are given larger treats they will not eat their regular food. And the treats also last longer because of their size.전체 리뷰보기 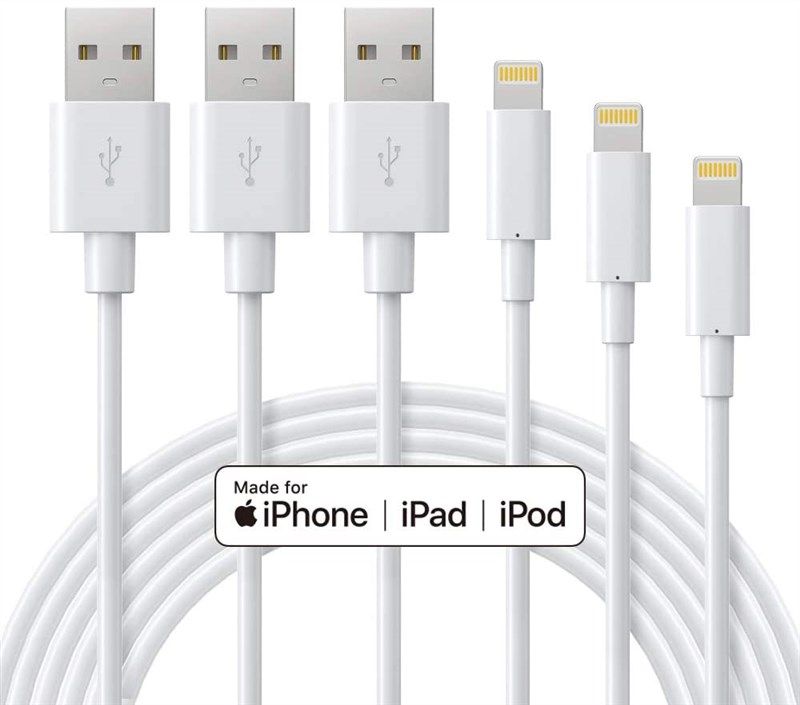 Very happy with these charging cables. They appear to be just as good as the original Apple cables. We have multiple iPhones and iPads at home and two teenagers who lose or snap their cords all the time. I only bought this pack to have spares on hand. What I like best is that the charging head that connects to the phone is not too big for an iPhone with a rugged case. It fits easily without having to remove the case. With the way my teens are losing their phone cords, I should only be making a regular order every three months or so.전체 리뷰보기 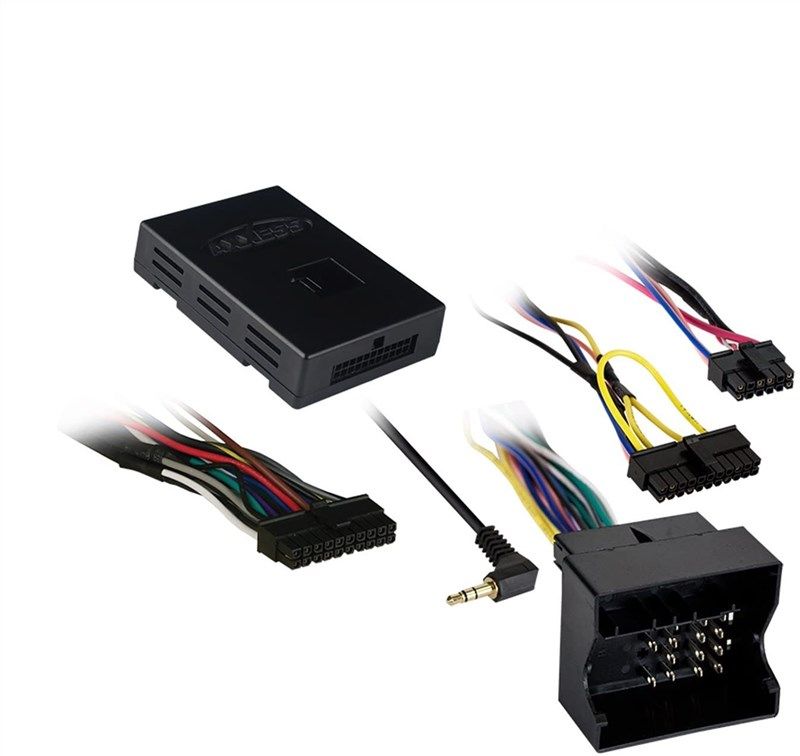 I bought this for my 03 VW Passat. The head unit has a feature that allows you to turn on the radio without a key in the ignition. I received this wiring harness specifically so as not to lose this feature. While it doesn't work the way it did with the stock radio (I was able to turn it on or off when the key was removed with the power button), it still works. It stays on when I remove the key. As soon as I open the door, the radio goes off. I am very happy with it. It was almost exactly what I expected and was worth the money. Note: I didn't need all of the wires that came with the kit. It was designed for use with VWs that came with a Fender amp.전체 리뷰보기 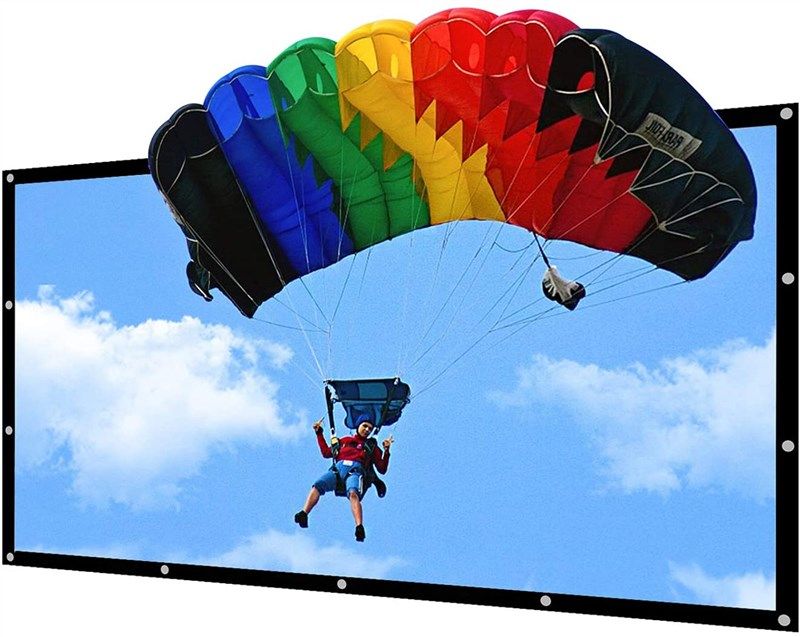 I measured wrong but the picture quality was nothing.

So, lightning struck our house and although all of our electronics were equipped with surge protectors, we had nothing to protect our cables and CAT6 lines.In short, anything that could have a hard Access to the internet, including our 75" curved Samsung Super TV and Apple TVs, eventually died. So we remodeled the living room and I bought a decent projector. Testing the projector We used a white sheet with a silver tarp behind it. It worked great but aesthetically it wasn't very pleasing to the eye. So the plan was to order a good screen and frame it. This thing came along , and while I measured everything, it was too big. And yet I made it. Stretched, stretched. I waited for the creases to smooth out and put the film on. A bit disappointing. Effect, you couldn't read anything through the overlap. Also, in the cloth and tarpaulin test, this projector was more than bright enough to watch TV without closing the curtains. Even closing the curtains with this screen seemed to let the ambient light be overwhelming I placed it up outside and we had a movie night for f mily which was pretty cool but getting that thing up and down is a hassle especially when trying not to get it dirty. White noise and transparency made this a huge flop for me.전체 리뷰보기