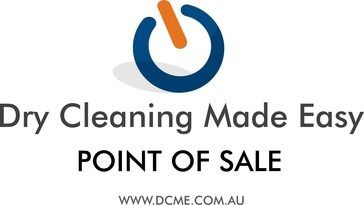 The best thing is that it's very user friendly, I am able to create my own labels if needed without hassle or needing help from anyone else! It can also be used by more than one person at once since its cloud software meaning no downloads are required which saves time as well so there isn't any lag when working through multiple options while designing your label layout etc!! Sometimes you need assistance but they do have customer service who will get back within an hour whenever this happens (but not always!)I think their most recent update has made things easier especially using templates now allowing me more flexibility over what i would like printed onto them instead going into each detail individually - saving lots of work compared before where we had less functionality overall due to having many different sizes & designs available all separate requiring individual customising per job rather then just being given pre designed ones such as "standard" size designations e.g., small medium large xl xx lxx. 전체 리뷰보기 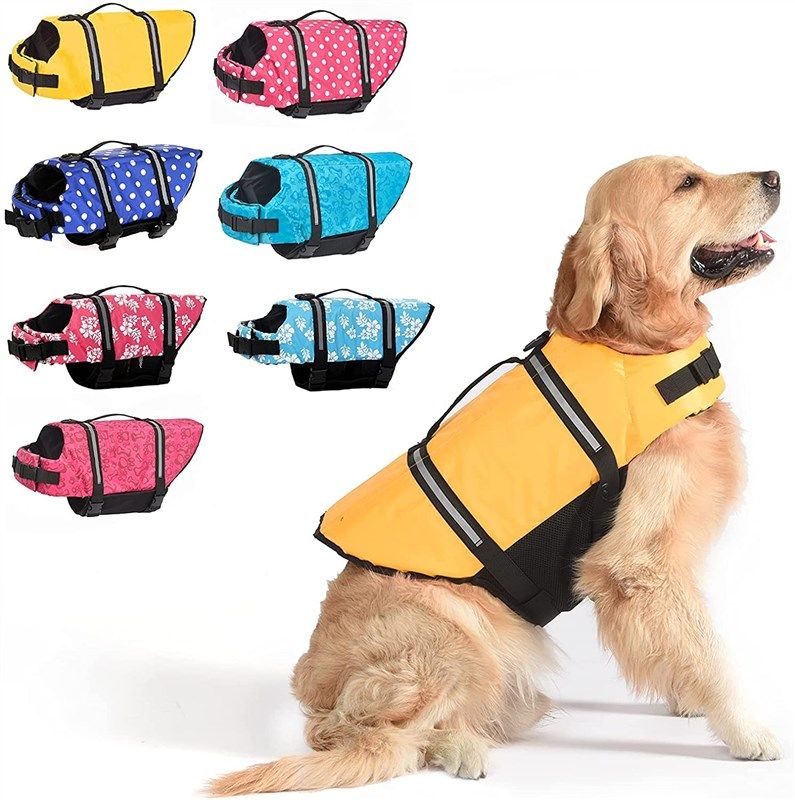 I ordered a small vest for my 10lb mixed breed and it fits perfectly. It doesn't bother him at all when I put it on for the first time. He even loves to swim in it. I like the handle on top as it is so easy to grab and use to lift. I can recommend this vest!전체 리뷰보기 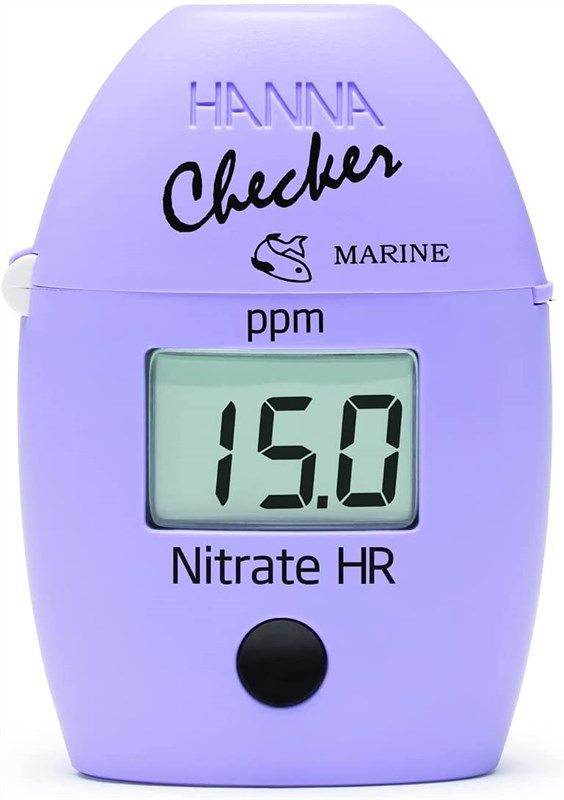 So far this is the best baby BUT!

It's fantastic and easy to use. Still, I gave 3 stars for the 7 minute timer. You have to wait 7 minutes, after that you will get a result message that the device will turn off automatically after 10 minutes. The problem is that I missed the check after 7 minutes and after 10 minutes the device turned off. So I've wasted about 3 reagents so far. Simple solution: remove the 7 minute timer or at least add a beep when the test result is ready in 7 minutes. Hope they fix this soon. Now I use a timer on my phone that notifies me in 7 minutes and I start reading. All the best.전체 리뷰보기 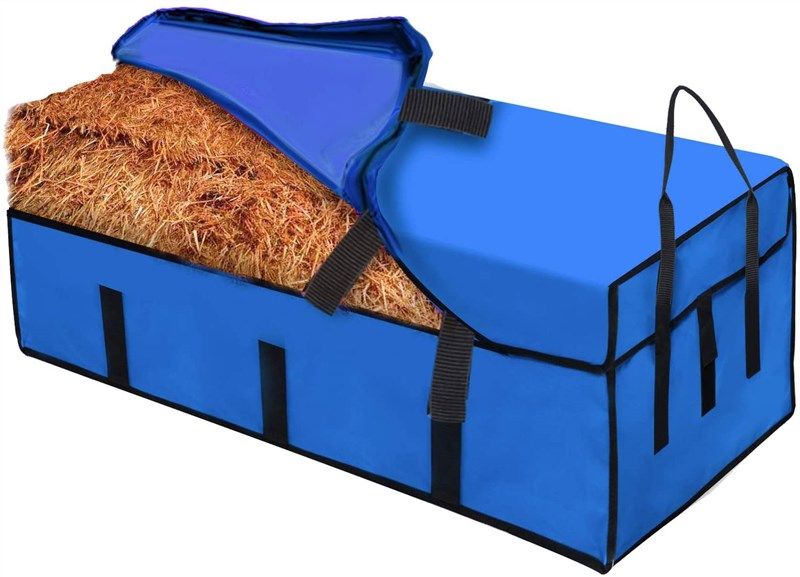 Strong handles, very airy and I'm very satisfied! I got this to take a bale of hay for two days of the show. For medium-sized bales with enough space for large bales. I thought I needed a zipper but this one is much easier to open and close. I took it to the loft and put hay in it and carried it down by a handle and it was so strong and light. My only regret is that I didn't get it many years ago! Haymaking just got a whole lot easier!전체 리뷰보기 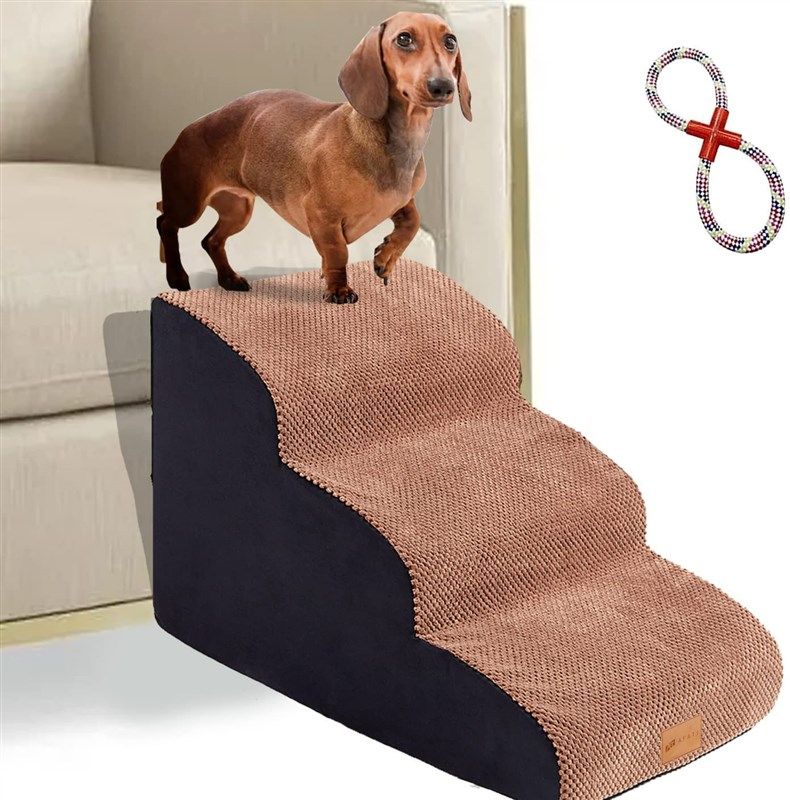 Nice ramp stairs but can be unstable

This ladder set comes vacuum packed and was initially disappointing (see first photos). It seemed too short and flat, with a big gap where the stairs met the sofa. After 24 hours the foam was in its final form and the ladder was much more comfortable to use (see last photo). These stairs are great when you want something more like a ramp than other stairs. My 22 year old and 19 year old cats have been using regular pet ladders with no problem until the last few weeks of life, so this could be a good solution for both of them in the last few weeks. Now she's using a kitten with hind wall palsy and they're very good for that - soft enough for his front paws to reach well, not so big strides for each step. My only complaint is that there is still a large gap between the back of the stairs and the sofa. If the ladder is on hardwood, it can slide backwards as the kitten climbs and even tip over when I'm not there to help. The non-slip fabric on the bottom either needs to be improved or the ladder needs to fit more closely to the sofa/chair (or both). But they work great on carpet.전체 리뷰보기 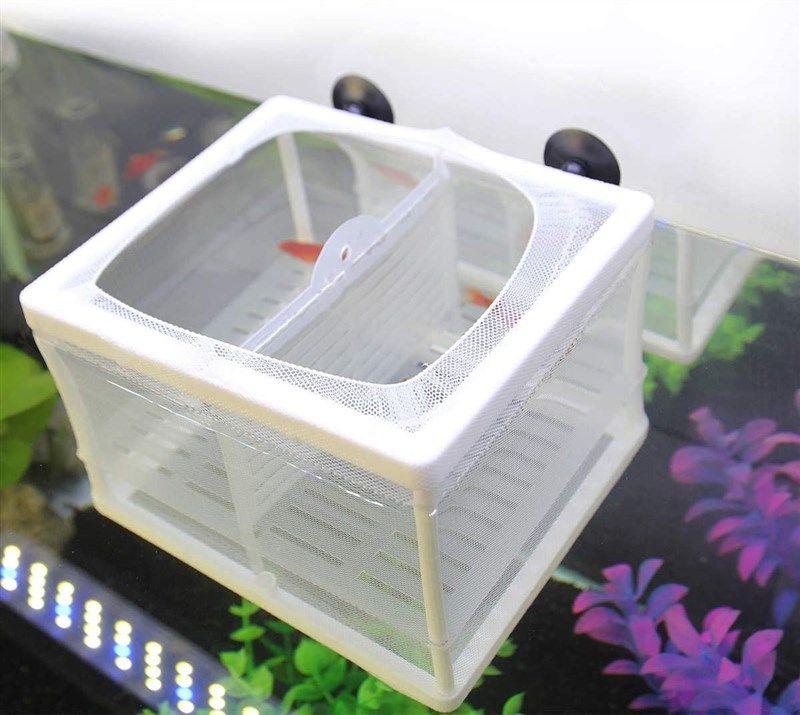 The grid is too big. Suction cups suck (not).

This will probably work for larger fry, but baby guppies can easily slip through the net. We had 11 kittens and a week later there were only two left in the breeder. Update: I woke up this morning to find all three top suction cups had come loose. The breeder was at a 45° angle (the top of the breeder was below the waterline) and contained adults. The babies are gone. I wouldn't even give one star at this point.전체 리뷰보기 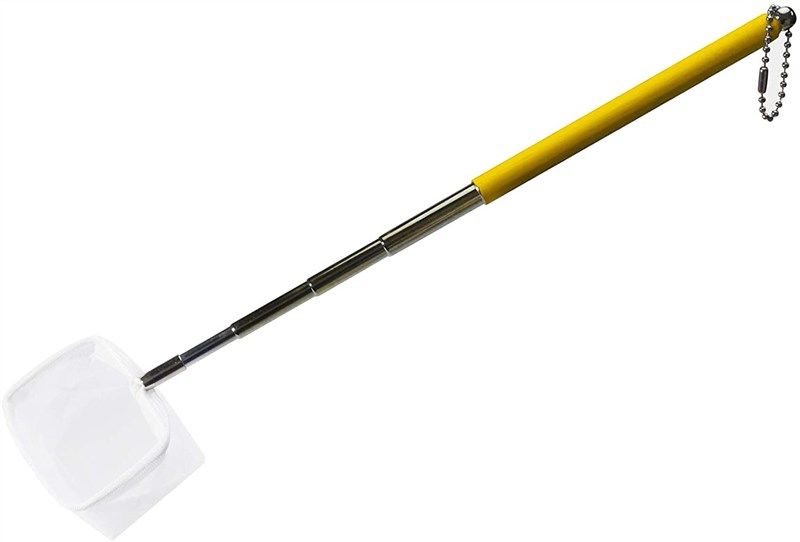 I don't know why, but my stupid fish and shrimp *love* to climb this net. Sometimes when I'm trying to pick something up, others jump in and I have to try to pull it out without losing what I set out to do. I got lucky a few times and just set the net up next to the shrimp I was trying to catch and they crawled right in. The telescopic handle works very well and can be extended further than the size would suggest when folded. The wire for the network part is quite soft. I had to bend it to its original shape several times. I'm sure it will break eventually, but so far it's holding up well. I have a fairly busy aquarium with a few plants and pieces of driftwood and sometimes it's impossible to get hold of a shrimp. For that reason I would have liked a version with a much smaller grid (but the same grip) but other than that it worked very well for me.전체 리뷰보기

I have found Laxanip for Cats to work great on my cat. She was very unhappy, could barely walk and got to the point where I feared she was going to die. She barely recognized me and treated me extremely negatively, hissing and scratching me, then crawling under my bed. I didn't pay much attention to it at first because she was in a bad mood before, and it passed. I then went to her tray and to my surprise there was "nothing" in it. She kept turning her back on food and at that point I was afraid that because of her age (I'm 15) it might happen that her time would come. One night she escaped and I gave her some half and half in one of her plates. She only licked 2 times then as I followed her I watched her walk. I checked her tray and found there was nothing on it. She was also tiptoeing on her back most of the time and had trouble walking, and that's when it dawned on me that she was constipated from her hairballs. She usually throws those hairballs away, but she didn't either. I immediately came across Revane and diligently bought something to help her out. I bought Laxanip and another just in case and added it to a small amount of her meals. She sniffed it, her next time, and slowly began to lick it. And as soon as she got a taste for it, she ate half of it. By the middle of the next day she had started regular BM with a 3 day hair and food regimen. roll on the floor and run across the room. (Note: I have NEVER taken my cat to the vet. First, I can't afford it. Second, I don't believe in cat vaccines that do NOT work on the street or around other animals, and 3 I believe that cats love, the best feed her and let her run around the house until she gets tired she gets enough exercise running up and down stairs running from room to room in the house my husband and I think we can't let her run outside because she might be of being hit by a car or because she eats mice. It's disgusting and she gets the best of the best. Her sunlight comes through very large windows and in the summer she sits on a tanning bed with the windows open and the birds and critters outside are watching 15 MAN YEARS OLD also has all her teeth and gets something to chew on to keep them clean.전체 리뷰보기 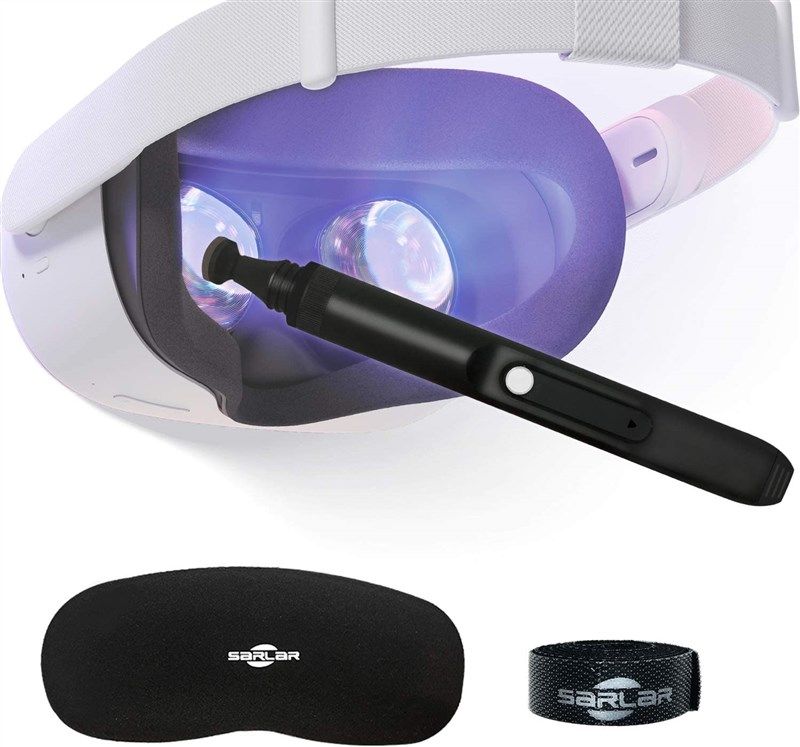 The spots are replaced by scratches.

The brush removes particles well, the tip of the pen does a great job removing smudges but scratches my lenses badly. However, it's flat and covers most of the lens, causing my field of view to be constantly blurry. And all this despite the fact that there were no particles on the lens that could scratch it. Now I need to find a way to fix lenses that are not easy to replace. Too bad I didn't stick to the microfiber cloth...전체 리뷰보기 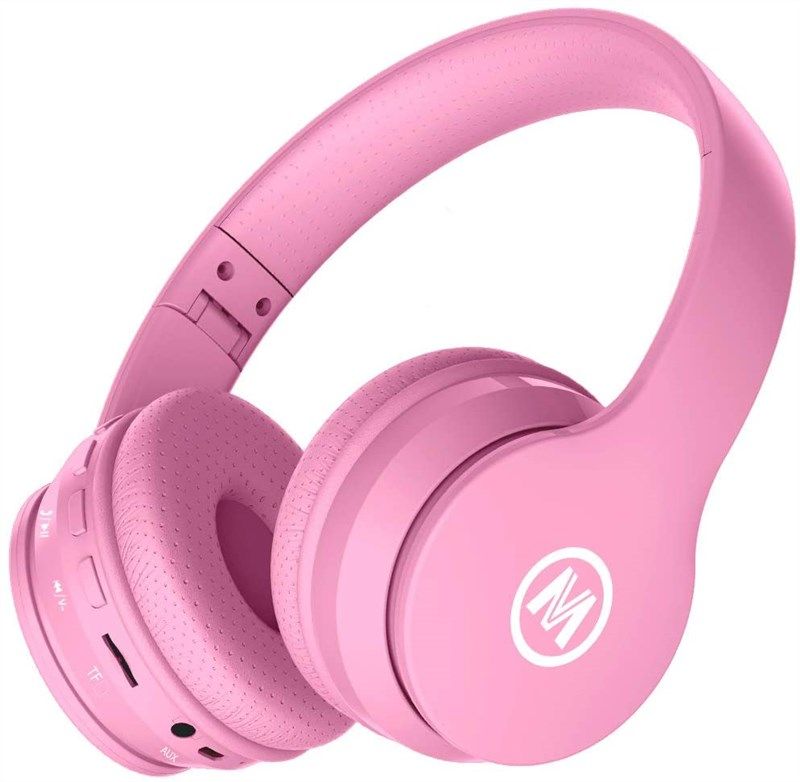 So I wanted to test these headphones myself before giving them to children as they usually like to walk around, so we chose wireless headphones. I'm thrilled to say that the range on them is amazing. I took them to work and walked around with them connected to my phone (leave the phone on the table) and I walked all the way to the bathroom and around the corner which is about 300-600 steps. It didn't turn off and the music was still playing. It did have some static electricity, but it wasn't that much compared to my high-end wireless earbuds. The only thing I didn't like was the bulkiness, but it's great for kids because they can't lose it. I like them so much I will buy a pair for my son. Can't comment on durability yet but they seem quite strong and thick so fingers crossed they last longer than the previous pair (of a different brand). Also worth mentioning: A co-worker complained about the sound, saying they were loud and not even running at full power전체 리뷰보기