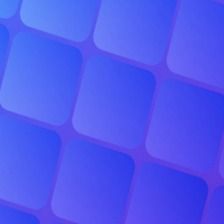 Brave Frontier Heroes is characterized by having an incredible graphics and characteristics. Its sphere comes from its missions which can be bought in the market. It should also be mentioned that when browsing you have to have a wallet with ERC-721 heroes and at least one ERC-20 tokens. By having a high ranking on the board the reward is for best sphere or title, their games run on the etherneum blockchain. Brave Frontier Heroes works with the ZEL currency which can be exchanged in the markets. This game has been considered one of the best since it has the union of two recognized games such as Brave Frontier and My Crypto HeroesSiehe vollständige Bewertung

Space Misfeits that Blockchain brings and it is an online game that you can play on the computer at the moment Space Misfeits is considered one of the best games, also it premeates you for spending hours allowing an open economy to its players, this game It is also attracted to its players because its graphics are in 3D. When playing this incredible game you have to have a series of elements such as masks, plans and evatares and they can be accessed through their virtual store or in the markets. Your players can access their wallets and obtain items on the Blockchain and if they provide any type of service in ship repair, station market, copy of plane, among others, you will receive an incredible rewardSiehe vollständige Bewertung

This platform is hand in hand with bitcoin but with the difference that its own Blockchain and currency has and it is considering placing its transmissions in total privacy and anonymity. This platform was launched on January 29, 2016, when making transactions, its users can choose which of the two options will be used, whether private (Z) or transparent (T), both are totally secure and easy to use, thus having a chain of block successful since it places the value of each transaction made by the extraordinary zK-SNARK technology. In 2017 this platform had the price of its currency at 200 ZEC / USD and currently its support is 250 ZEC / USD. This platform has evolved in both its financial and name part, since its old logo was ZEROCOIN, later it became ZEROCASH and finally ZCASH being the current name. Zcash grants a transaction to its users very low which is 0.0001 ZEC thus giving a block post every 2.5 minutes.Siehe vollständige Bewertung

This extraordinary BLOCKCHAIN ​​platform was launched in 2014 and is currently based in China and since its launch has been continually updating, keeping its users attentive and satisfied. This brilliant platform is in charge of a large list of currencies as it has 100 million and currently NEO is among the 20 most capitalized currencies on the market. NEO surprises us with p2p technology which helps us to have smart and digital contracts. An important fact is that being operations on this incredible platform is confirmed immediately providing security and speed in your transactions, thus having control of your balance and transactions through the HARDWARE wallet. NEO is a Chinese currency that same President Xi Jinping supports by giving construction permission to the blockchain, thus allowing full use in physical stores. "From its launch until 2019, this extraordinary platform has increased by $ 7.50 to $ 11.00 and in the girl with an approximate of $ 790 millionSiehe vollständige Bewertung

Litecoin is also recognized by LTC, this extraordinary platform is characterized by having its payments very low due to other platforms, an advantage in its favor since it allows users to get involved in this world of cryptocurrencies day after day, being a competition to the also recognized BITCOIN platform many say that LTC is a similarity to BITCOIN but personally consider that this is not the case since its speed in speed is much faster. LTC was launched in 2011 and served to send and receive cryptocurrencies easily, quickly and completely securely and in turn stored in the wallet, when controlled LTC takes approximately 3 minutes to make the block confirmation. This brilliant platform is secure since it has a private key that only its users have the privilege to enter and access their wallet. This platform helps you to invest and use your currency. In 2017-2018 it had obtained approximately 600% and is currently in the 10 most stable coins in the world of cryptocurrenciesSiehe vollständige Bewertung

This extraordinary platform was launched in March 2018, it is relatively good in the market and very well accepted by companies that enjoy its services. CVT is a platform that its function is to process, exchange and share effectively, quickly and safely taking into account that this site is based on taking data based on BLOCKCHAIN ​​that helps to have various topics, whether from life, from economic or architecture. CyberVein is a platform that goes very well in the morning with ETHEREUM and I dare to say that its structure can be seen in the future since its token is still under development, CVT helps companies either public or private to have storage what It makes its workers have extensive knowledge by having access to such information. "They only have tokens to companies that need to have a large space on their disk." Without hesitation, if you are looking for a platform that offers you comfort when buying and selling, having on your list a large list of markets such as OKEX, BITTREX, hibBTC, BITZ, among others, CyberVein is the indicated one.Siehe vollständige Bewertung

Antpool belongs to a group in the mining section launched in 2014 in China, she works with several important currencies such as Bitxoin, bitcoin cashz Ethereum, Ethereum classic, zcash I entered other houses one of these coins has its daily limit paying only once daily, bitcoin with 0.001, litecoin 0.001 and Ethereum of 0.01. Antpool communicates with its users via email, SMS, wechat and through its application, providing services 7 days a week and 24 hours a day, which is convenient for its user since they have support when any problem on the platform. It should be noted that antpool makes use of new coins placing its users super attentive and new anxious, these coins are called DIGIBYTE and XMR it should also be mentioned that this application in addition to having time in the market its work has been successful, this mining group Calling antpool has its language dn Spanish, English and Mandarin giving its users a chance to have income anywhere in the world. When withdrawing a currency, it must be taken into account that if you withdraw through PPLNS, you will not generate a fee, but if you withdraw through PPS, your fee is 2 to 2.5% for each transaction.Siehe vollständige Bewertung

coinfoderia was launched in 2017 and is currently in good condition as it is relatively new and has been well accepted by its users. This platform provides service 7 days a week and 24 hours a day, giving a variety of money and rates to its users, bitcoin, litecoin and bitcoin cash is 0.6% and the rest of the group is 0.9% giving security and speed in your payment without having preference in currency, in addition to carry out the control of your payments, it gives you the option to see the statistics and information we have to know that the payments are through the PPLNS system. We have to know that to enter this mining group it is not necessary, you just have to create a group, add a wallet and select a mining coin and you are belonging to an extraordinary platform. Its users are in the United States, Asia and Europe. This platform relays updates every 10 minutesSiehe vollständige Bewertung

This platform is created with your users and new entrants in mind, bringing with them security, trust and speed when it comes to using this brilliant system. Nanopool works with varieties of currencies such as ERH, ETC, SC, ZDC, XMY, PASC and ETN. It also has tutorials for each currency, generating its user confidence and security when it comes to withdrawals. This platform is created for you who want to get involved in this world of cryptocurrencies offering services 365 days a year if by chance you have a problem with said platform. Noobpool is based in the United States, Australia, America, Japan and Asia while its launch was in Germany in 2001. This platform called Nonopool can be downloaded either by Android or iOS and the best thing is that we can be that of it in various parts of the world. The bad thing is that its rate varies from 1 to 2% depending on the currency you choose. EXAMPLE Ethereum is 0.05, for ETC it is 0.1 and so on, we have to keep in mind that the payment is made only when you finish the THRESHOLD. An important fact is that your user is anonymous, that is, it is not necessary to register and you can make several withdrawals a daySiehe vollständige Bewertung

Bitclub belongs to the mining group which was launched in 2014, currently this platform works with cryptocurrencies bitcoin, bitcoin cash, Ethereum classic among others, previously bitclub belonged to the most important mining group and in turn helped cryptocurrencies to be popular and increase profit successfully. After its launch, this incredible club managed to extract 700,000 coins implementing 500 pelahash (514.84 PH / S), thus reaching the top 10 mining operations in the world. Bitclub is also recognized for having an excellent service helping its users to have entered from the first day with a completely free rate considering that their operations are highly protected at the time of a scam, bitclub to be oagos are totally fast thus giving preference to its users. An important fact is that this platform in December 2014 is accused by the Department of Justice in the United States of fraud and since it has been under control. This platform is characterized by being slow placing its miners under time after making transactions, unfortunately this website is out of service and it has been a long time without seeing an announcement explaining its closureSiehe vollständige Bewertung