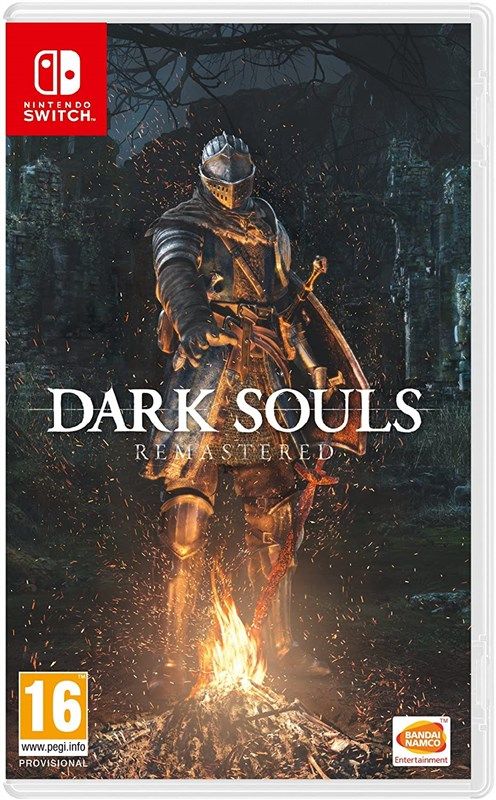 Greatest nerve-wracking experience of my life!

Hello, everyone! Today we're not just talking about a review of a Souls like game, but a remastered Dark Souls released for the Nintendo Switch. As a fan of the series of games I bought it for $100 off. The first run of the game on the Nintendo portable version, performed well, the average performance combined with the same graphics were a pleasant surprise. I'll be honest, I expected worse. However, as the game progressed, the fact surfaced that it wasn't enough to play steadily and all the action transferred quickly. Which directly affects the response of actions in the game.As a result, the game on the console turns into a hard and painful experience, which gives a new, additional charm to the game. The interface is beautiful, even for a portable game console. As for trying to play Dark Souls with it connected to the TV, it's just complete hell, where the action response in the game increases even more, and the graphics turn into an excruciating mockery of the eyes. Getting past even the first boss becomes a challenge on the computer.If you've played it on the computer or playstation, you will silently be horrified by what you bought, however, if this is your first time playing it on the Nintendo Switch, this should be an initiation into the club of the greatest souls like game fans. I ended up breaking the joysticks on my console while playing the game, thus breaking it, I had to buy new ones, as a result broken joysticks, but passed the game and ruined my nervous system. If you want to immerse yourself in a world of challenges and you're very motivated person, this game is just for you. I may be repeating myself, but the most important thing that can harm your experience of playing Dark Souls on the Nintendo is the comparison with the quality of the game on the computer or the playstation. Most importantly, do not forget that you play for fun, a concept that is of course very fluid. The target audience of the game is professional gamers with a good gaming experience. For the Nintendo gamer community, this game in my opinion was a revolution in terms of Nintendo games, a whole new experience that you can have on a console, unlike the same Mario or Pokemon games. I think the trend of games like this coming to Nintendo is a big step forward that attracted me to buy Nintendo, only The Witcher 3 is better than this game. The main feature is the difficulty, in our case, it's the difficulty combined with the game itself and Nintendo's technical level of readiness for a game of this level, something avid fans of the series will definitely enjoy. That's all for now, thank you for reading me, dear friends! Siehe vollständige Bewertung 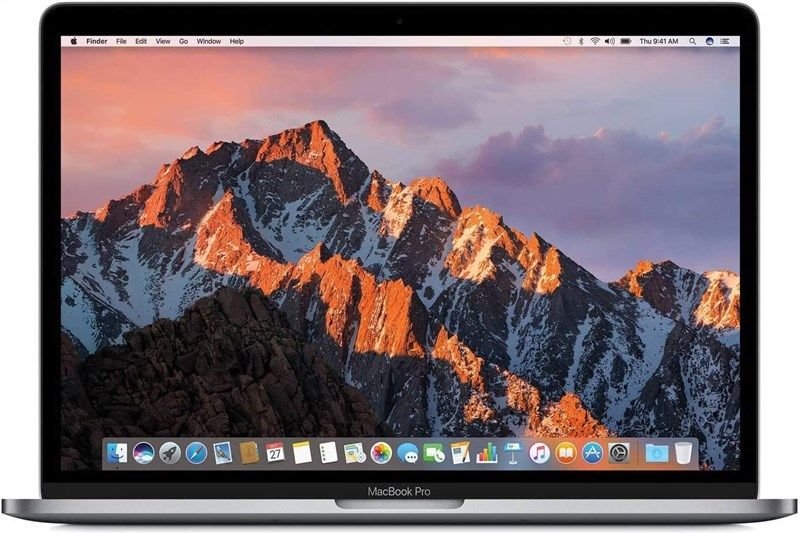 The most popular and perfect type of Apple MacBook, if you wanna by this for family or friends it's a absolutely good idea, if you need something for work or something like work, that's all you need in a one item. The thing that everyone should have, not just at home, but always with him in life. A good choice both for the office clerk and for the top management, the thing one can't do without in modern society, this applies to any Apple equipment.The very first time I took this technique in my hands and opened it, the setup took a maximum of 5 minutes, which is very convenient and beautiful. Now, I come with such a fancy laptop in any cafe or institution and catch the eyes of all the girls in the place. Everyone thinks I'm a millionaire or some kind of boss, but I took credit for it, which of course says a high price.Siehe vollständige Bewertung 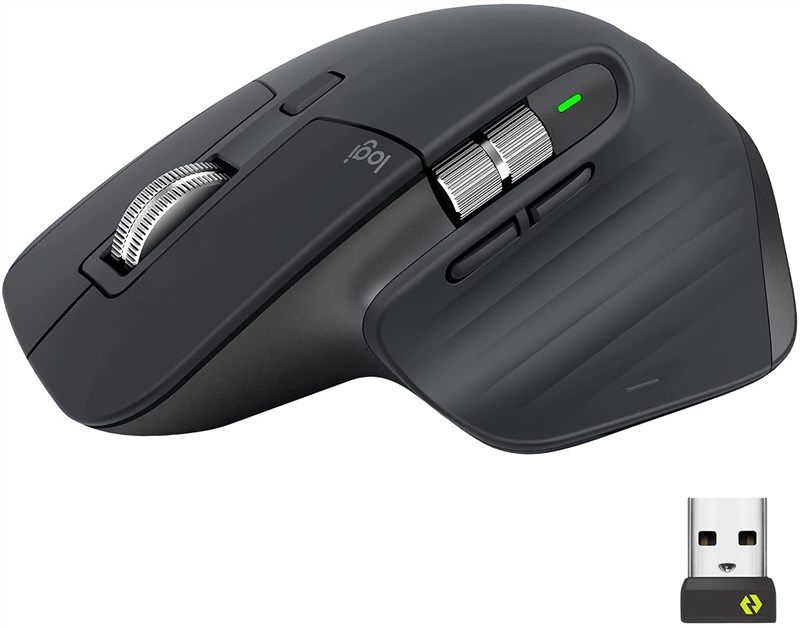 Expensive and bad solution for both business and gaming!

Used this mouse for a few months, very heavy, uncomfortable design, broke very quickly, perhaps I did something wrong, but this has never happened before, of course I want to note the extremely high price, which obviously does not match the quality, if you want to buy a mouse for yourself, much easier to get similar offers on the market, for much less cost. My choice after this mouse quickly fell on Bloody and now I don't regret anything. Siehe vollständige Bewertung Best buy since the iphone 4! My favorite thing, both for entertainment and for work.

Working faithfully, the phone does not let you down for years and works in all weathers. Like all Apple products, it is as reliable as a Swiss watch. One significant disadvantage is the weight of an anvil hammer. Even for a 2022, shows excellent performance and if you get the chance to take it for one or two years, at a small price, I definitely recommend you do it. At the time of purchase the price was in the neighborhood of $600 (I have the max memory version), now you can find it in great condition for $200 if you want. A significant plus, of course very subjective, but it is the size of the screen. Will not suit everyone, but personally I really like the high quality of the picture, which provides just the large size of the screen. Once dropped on concrete, at that time without a cover, chipped off a part of the screen, but even this does not interfere with his work. Perfectly connects with any modern Apple equipment (headphones, watches, etc.), without problems connects to any other equipment (TV, speaker, etc.), helps fit into any ecological environment. Of the significant disadvantages, the lack of support for 5G. Siehe vollständige Bewertung

A good company that allows you to earn extra money

Just recently at the invitation of a friend started using this platform and I already want to note the originality of the idea. On average, there is nothing difficult to go to the platform and write 1-2 reviews in an evening with a glass of beer and at the same time return its value. Sometimes there are bugs, it's true, I noticed them, but it is absolutely normal for projects of this scale, I really like that the company already has its own active community, very friendly and always ready to advise or help. I often come here and wonder why I can't write a review on the products and then, as if my wishes were heard, the company got the opportunity to write a review on the products. Very glad for this development, thank you all very much! Siehe vollständige Bewertung 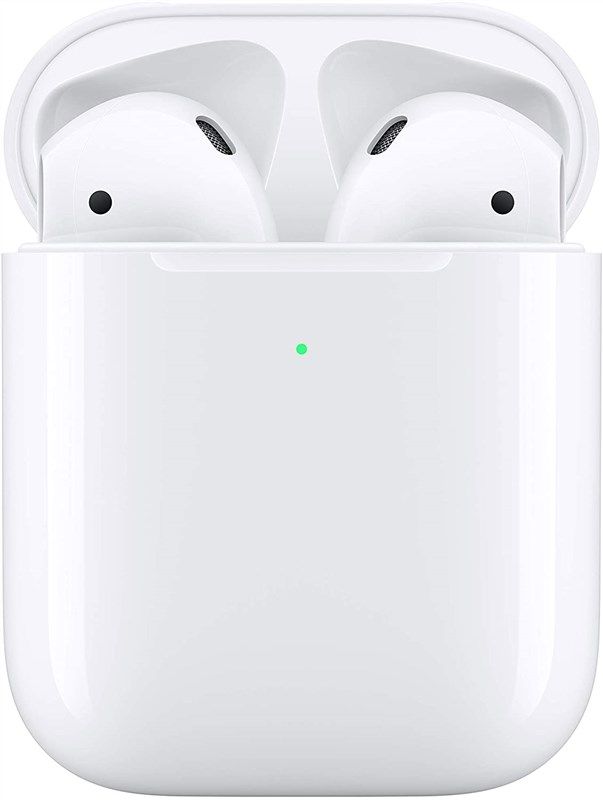 The first wireless headphones to get acquainted with

Definitely the best version of headphones if you're switching from wired to wireless. The big pluses are the battery life and the design. On the downside, for some people it can fall out of their ear. Then I immediately recommend trying the PRO version they are vacuum and fit better on the ear. The disadvantages, like all Apple products I want to mention the cost artificially created by the presence of the brand, in the market there are many alternatives, but if you're a fan of technology Apple, you should definitely look at this model. I also want to say in advance that it would be a big mistake to carry a charging case without an additional holder If anyone is interested, they are much larger than the 3 version and also lose in the reserve of energy for uninterrupted operation without recharging and sound quality, while the price difference is not more than two times (you should look at the region of purchase). I have the entire collection of headphones of all generations, it is easier to show the visual differences, so it is clear which headphones, what sizes. Siehe vollständige Bewertung