Review and recommendation to help detect any potential frauds

The tool has helped us identify suspicious transactions which could be fraudulent or not what we expect our business needs. We also have been able monitor all of those purchases in real time by using their reporting dashboard feature. I can't say anything negative about this software from my experience with it - but they need more features like being allowed me export reports etc as well. We use this software for all our merchant transactions (both CC/CV) at different companies we have worked with in past years but most recently since November 2018 it started giving issues when attempting an API transaction from my own account, as well which caused some problems... देखें पूरी समीक्षा 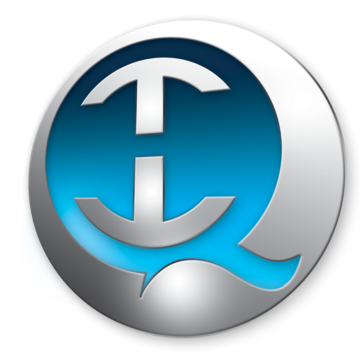 A beneficial security package that works

The free version has enough features for me as an individual user. We have not yet come across any issues with using this tool. As it is easy, simple steps I would recommend anyone who wants good web protection against malicious software use threatsign. Free trial should be available so people can try before buying. This helps keep our sites protected. It is an effective tool for blocking malicious software like viruses, trojans etc. It helps me scan my computer system thoroughly for any kind of harmful program. The platform can be very cumbersome sometimes so it takes too much time to get through all the options of antivirus scanning and updates which is quite tiresome sometimes, but since its free no harm done here. I have only found benefits of using this service like getting rid of unwanted programs. देखें पूरी समीक्षा 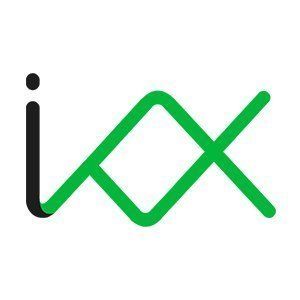 No real info is provided other then prices by quantity ordered

This site does NOT provide sufficient information about their products, which makes me hesitant when placing orders through them (not having any past experience). Also no price breakdowns - just vague pricing options without specifying anything further like quality/design size etc.. For example $30 per 100 shirts includes printing + shipping? That's rather useless since its really hard telling HOW much something should actually "cost" unless someone tells YOU...I would suggest adding more detailed descriptions so customers don't endup paying extra money than needbe....Also this kindof thing might work well online but doesnt translate verywell at brick & mortar stores where most consumers will walk away immediately upon seeing these kindsadvertisements.....Just keep trying tho guys =] good luck!! देखें पूरी समीक्षा 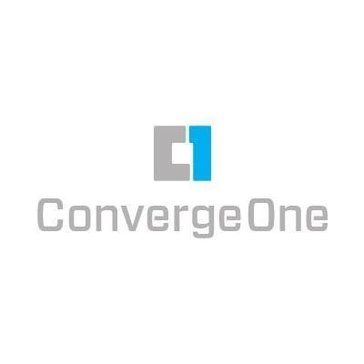 After looking around at some other providers we went back to this one because they were very professional in their approach... We had no problems from them setting up our new VoIP service.. It all seemed like easy enough set-up stuff that most companies should be able to do themselves but if you don't know what's going on then there could potentially cause many headaches later down the line so I recommend anyone who does business online look into these guys! :) Very good customer support and also great prices.... All round excellent experience with Converges One!! The best part was how fast everything came together after contacting them which saved me money as i didnt want time wasted waiting while someone else did my work..... देखें पूरी समीक्षा

UpKeep - review about this awesome sevice

This ticket management software is awesome! Our team has used it for years now and it has saved us MANY man hours of manually entering tickets into our database. Now instead of sitting around making coffee or going over emails we focus on building the asset and then managing our maintenance. We never look back :) As a consultant, there’s no greater joy than seeing clients successfully implement new processes to solve problems that previously seemed unsolvable. Yet, many times, those same clients still struggle with simple issues after implementation. That’s where Upkeep comes into play. On projects ranging anywhere form 10 to 200+ seat facilities, from individual small businesses to Fortune 500 corporations, Upkeep is helping organizations improve efficiencies across all departments by providing visibility into both inventory and employee availability. These two components, coupled with our smart scheduling algorithm give customers the ability to predict and control workforce availability, ensuring they never lose track of a critical asset again. With the flexibility to monitor schedules of 50 to 10,000 seats, Up Keep helps increase productivity, reduce absenteeism and overall provide superior customer service while keeping costs under control. Great Ticketing System! Works great. You can send email messages to groups, individuals, or even reply. If they accept the message, then you receive an automated email to let you know that ticket status changed. I really liked using this. It helped me organize myself since I'm a perfectionist :) The app is easy to navigate, has great workflow options available, includes integrations that make sense for our industry, and most importantly; it works as advertised! Our ticket database grew significantly over the last few years and we needed something capable of handling all of the new issues that were introduced while maintaining functionality for existing tickets. This application fits that criteria perfectly! Additionally, the app interface makes intuitive sense even to someone without previous experience in a ticketing system.देखें पूरी समीक्षा 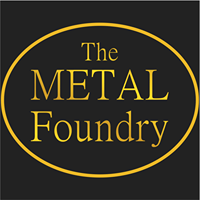 Great for celebrating a birthday, anniversary or any special occasion

A unique place in the Czech Republic which is unique in its kind. Here you can find all sorts of metals, but not only for decoration or crafting purposes. This is a company that belongs to the people who are keen on working with metal. The owner of this business lives by his passion, collects old machines and equipment from the former era of the country's economy which was once controlled by communist rules. He has collected almost everything what you can imagine under one roof - there are even historic cars here! If you visit The Metal Foundry, make sure your camera is fully charged because it doesn't happen very often that you get to see so many antiques in one place - everything is original and undamaged up to every last detail. The store is about 500 square meters big - look around and you'll probably get lost in time after just a few minutes. Mr. Gál himself, the store's owner, will happily show you around and tell you some stories that go along with things that are displayed here. You can also watch him working on restoring machines or ask for his help when it comes to your own project. Whether steel welding, milling or grinding - he can do anything! He has all the tools at hand! The Metal Foundry provides services like measuring, drilling holes (no matter where!), cutting pieces according to certain specifications; there are even special prices if your order is big enough. But using this place isn't only something nice. The Metal Foundry is an old factory that has been converted into a one-of-a-kind shop. It's full of metal, but not just for decoration or crafting purposes. The owner collects historic vehicles and machinery from the former era of communist Czechoslovakia - everything here is original and undamaged up to every last detail! You can witness Mr Gal himself working on restoring machines, ask his help with your own project in steel welding, milling or grinding; he does anything you need! Whether it be measuring holes (no matter where!), cutting pieces according to specifications or providing services like drilling holes - all at very special prices if your order is big enough.देखें पूरी समीक्षा

No matter who you are, find an event that will excite your curiosity

Identifying the right solution for your company

Jessops offers products that are both high-quality and economical

I wanted to share with you my dissatisfaction of dealing with this company, as I'm sure there are people out there looking to buy something from them and would like to know that they might not be getting their goods or a refund straight away! So what's the problem?! Well.. I bought a camera from Jessops about 3 months ago, yes it was quite an expensive one, but I saved up for it and felt that it would be fun for all occasions. The model of camera is: Canon Powershot SX 100 IS  digital  camera and has many features such as: 12x optical zoom 28 wide angle lens 2.5" lcd display optical image stabiliser wide range of ISO settings, etc. I had saved for quite a while to get this camera, and was pretty excited when it arrived, however I soon realised that it wasn't all what I thought it would be.. I soon took back the Canon Powershot SX 100 IS  digital  camera that day, still in new condition with everything inside of the box (this includes software, leads, protective case - which was never used) So why did I return the product after only having it for one day? Well let me tell you some reasons why.. The auto focus didn't seem to have so much "auto" about it! As people who have cameras or are familiar with how they work know, as soon as you point it at an object (or person) the camera should focus and ready itself for a photo to be taken. However with this camera I had constantly to press down on the screen in order for something to become focused. I got quite irritated after some time of doing this, as it was supposed to be automatic and not require me pressing anything (I'm sure if you know much about cameras there is usually one on/off button on the top of them). The next thing that annoyed me about my new Canon Powershot SX 100 IS  digital  camera was how slow it took photos! Yes, yes.. I know most modern digital cameras these days take ages for photos especially once they have such a large memory storage, but this camera was really bad. Even if you pressed the shutter button once, sometimes it wouldn't take a photo, other times it would lock up and not let you do anything at all.. Kind of like how computers used to be when they were first released, which I do miss actually! In fact one day my friend came over with her little Kodak compact digital camera which didn't have any fancy features such as autofocus or high speeds etc.. however she did a better job at taking a photo than me on my more expensive Canon Powershot SX 100 IS  digital  camera! This made me realise that I needed to get my money back from buying this product. The final reason why I returned the camera was because of the microphone! The microphone is probably one of the most important parts of a digital camera, as it records sound which you will be able to hear later on when viewing your photos. Well my Canon Powershot SX 100 IS  digital  camera had quite poor quality sound recordings! On playback I couldn't even hear anything that was recorded clearly.. Of course there are ways around this by buying an external mic, but this adds extra cost and hassle to using your Digital Camera. I wanted to share my experience with the company Jessops because I think it's important for people to know that this may happen when they buy from them. The Canon Powershot SX 100 IS  digital  camera had many problems, and was not worth buying. There are other models of camera you can choose from at a cheaper price which have better features too! When I took back the product, I found out about their return policy- if you don't want what you bought or there is a problem with it, then you need to take care of getting your money back yourself.देखें पूरी समीक्षा